A VISIT to three churches in different areas, a nine-day novena mass and a regular rosary before the certified public accountant (CPA) board examination was the routine of cousins Vianca Pearl Amores and Marianito Jesus Del Rio.

Their prayers and hard work paid off after Amores and Del Rio both landed in the highest rank of the CPA board examination.

Amores and Del Rio both got a rating of 92.67 percent.

According to the Professional Regulations Commission website, 3,389 out of 9,645 passed the examination administered by the Board of Accountancy in the cities of Cebu, Manila, Baguio, Cagayan de Oro, Davao, Iloilo, Legazpi and Tacloban City.

“The Lord is really amazing because I only prayed to Him to let me pass the exam, but I was shocked when I landed on the Top 1 spot,” said 20-year-old Del Rio, who is the second degree cousin of Amores.

Amores is the daughter of Lapu-Lapu City Councilor Atty. Rico Amores. She said that she felt blessed when she learned about the result.

“Naa sa akong huna-huna nga mag-top 10 pero ako lang giwagtang kay ma-hurt unya ko kay daghan pa baya og mga bright (I was really thinking that I can make it to the top 10, but I shrugged it off so I won’t be disappointed),” said the younger Amores.

The two and their families offered several prayers to have a good result in the exam.

Amores, 20, would have wanted to become a chef, but her father encouraged her take up accountancy.

In an interview, Councilor Amores said that he saw the potential in his daughter because she had been studying hard.

Del Rio’s father, who is also an accountant, was the one who pushed him to study accountancy instead of engineering.

A job now awaits Amores and Del Rio after they signed a contract with SyCip Gorres Velayo and Co. (SGV).

Amores, a resident of Barangay Bankal, Lapu-Lapu, thanked her family and her boyfriend, Ervin Michael Cavalida, who was also in the top 5 of the CPA board exam last year.

Maaku, whose mother is a Carcaranon, would have liked to be an engineer like his father, a Japanese national.

“My first choice was engineering but my father did not allow me to (pursue that). So thinking that accountancy was all about Math, I took up the degree. Although partially, it was my father’s choice, I was happy with the outcome after my five years in college,” Saito said in an interview with SunStar Cebu through Messenger.

Saito is the eldest of three siblings. His younger sister and brother are also achievers.

He said this is the first time that someone in his family landed in the top 10 of a licensure exam.

“Yes, this is the first time and we are hoping this won’t be the last,” he said.

Asked how he felt when he learned that he placed fourth, Saito said, “It was a surreal experience knowing that we competed with the best schools in the Philippines. I was not confident enough after the exams because it was really hard as compared to what others told us about how easy the board exams were.”

But the “intensive review” offered by USC in their fifth year “really helped us to be ready for any kind of challenges. After graduation, we did our self-review,” he said.

He never loses faith in everything that he does, “because if I can, then I will. It’s just a matter of time management, hard work and patience.”

“I want my family and everyone around me happy as to what I have and can achieve. If I become successful, my greatest dream after that is to give back to those people who helped me to become who I am today,” Maaku said.

For her part, Alyanna Kate Buenavista (fourth place), said, “I am so overwhelmed by the results. I was not expecting this because while I was taking the exams, I had like 13 items at most in every subject that I was not sure of. That’s why I am so happy and so grateful for everyone who has supported me since Day 1. Greatest thanks to the Lord for He has given me more than I deserve. Thank you, Lord! To God be the Glory.” FMG/GAC

(Note: The University of San Carlos and the University of San Jose-Recoletos were the two universities in Cebu that produced topnotchers in the recent CPA licensure exam. Tomorrow, Sun.Star Cebu will feature the three USJ-R topnotchers.)
style="display:block; text-align:center;"
data-ad-layout="in-article"
data-ad-format="fluid"
data-ad-client="ca-pub-2836569479021745"
data-ad-slot="1977900730"> 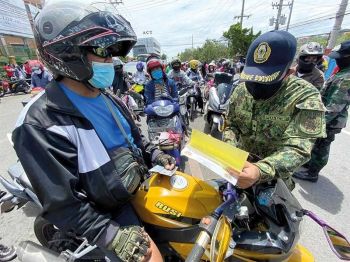