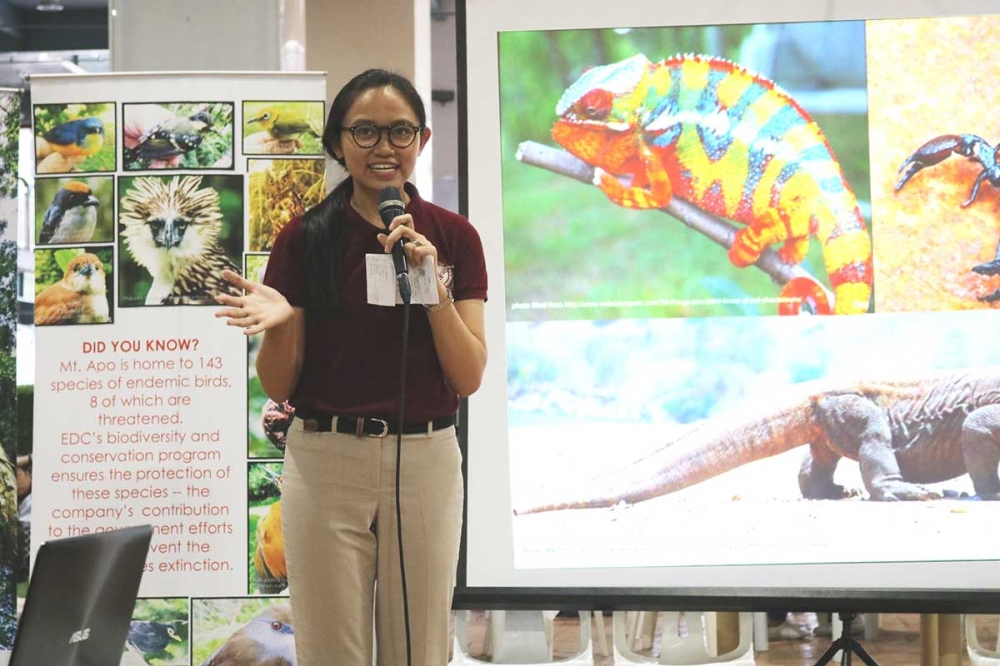 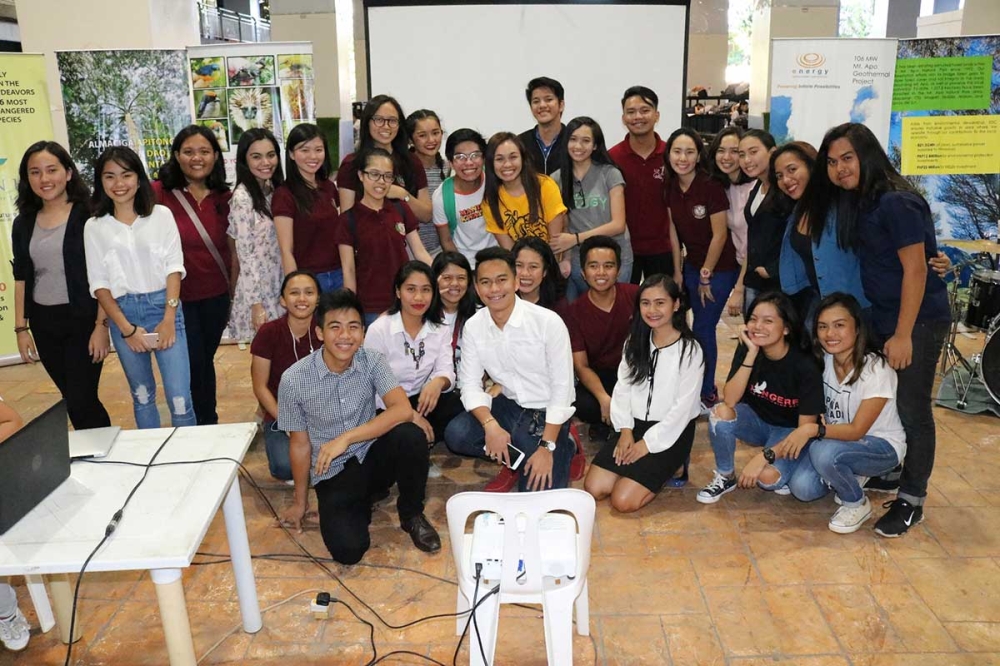 The Bio 155 Class and friends 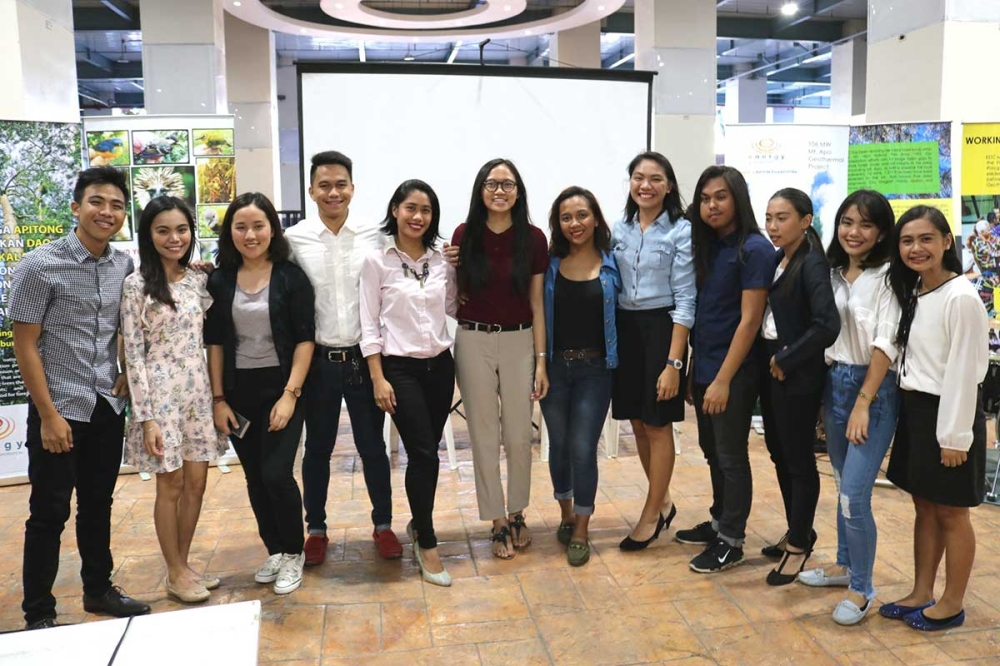 UNIVERSITY of the Philippines Mindanao Biology students served as "Young Wildlife Ambassadors" in the United Nations Wildlife Week celebration "Wildlife Is Here: Celebrating Davao Region’s Unique Wildlife" that was held on 8-9 March 2018 in Ateneo de Davao University. They introduced the Charismatic Wildlife Species in the "Youth Wildlife Talks" on 9 March.

The endemic species that were introduced and their respective "ambassadors" were: the "Yellow-headed Water Monitor" or "halo", introduced by Janna Warain; "Mueller's Stream Toad", by Angela Urquiola; "Mt. Apo King Starling", by Bess Tulio; "Mottled Tree Frog", by Jacky Gersava; "Batomys Hamiguitan", by Keith Moreno; "Philippine Pit Viper", by Carl Yanong; "Philippine Tarsier", by Nix Nicor; "Philippine Sailfin Lizard", by Brian Sabanal; "Lina's Sunbird", by Jam Cagas; "Golden-crowned Flying Fox", by Junissa Consuegra; "Writhed Hornbill", by Jericho Arcayera; and "Spiny Tree Frog", by Dominique Ravalo. A number of these, according to the speakers, are close to being "endangered" species.

The speakers were students of Senior Lecturer Jayson Ibanez' Biology 155 (Introduction to Philippine Wildlife) class who were trained in public speaking by the UP-Mindanao Office of Research, in line with the UP initiative of popularizing research to the public. The delegation ended their performance with the chant, "Wildlife is Here!"