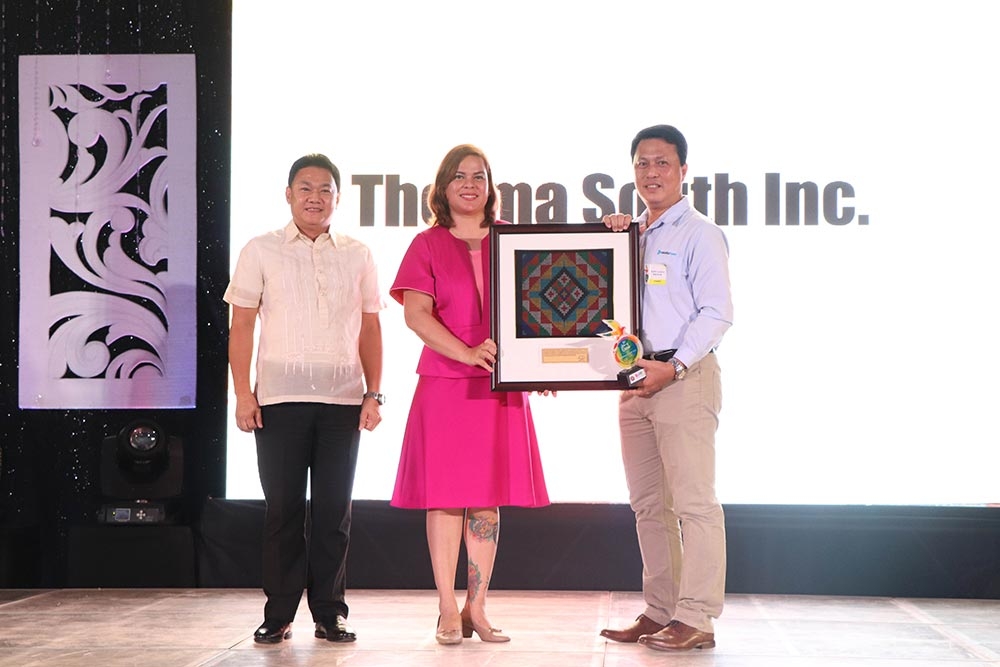 The awards were given during the recognition ceremony dubbed as “Pasidungog: Garbo sa Dabaw 2018” held last March 12 at the Davao Convention Center in Davao City.

Davao City Mayor Sara Duterte-Carpio lauded the support of the city’s top taxpayers for contributing to the growth and development of the city.

“This recognition is important because it serves to remind us that Davao would not be what it is today without Davaoeños and their friends helping each other,” Mayor Duterte said in her opening remarks.

“From our top taxpayers whose contributions are really translated to better services for the people, to the members of volunteer organizations who put their safety on the line during disasters, to professionals working to improve public--you all exemplify the best of the Davaoeño,” she added.

Meanwhile, Therma South Vice President and Plant Manager Valentin S. Saludes III said they are humbled by the recognition the Davao City Government has given them.

“We remain committed to being one of the city’s strong partners in development, aligned with our vision of advancing business and communities,” Saludes said.

On the other hand, Davao Light is the third largest electric distribution utility in the Philippines. Its franchise area covers the cities of Davao and Panabo as well as the municipalities of Carmen, Dujali, and Santo Tomas. (PR)