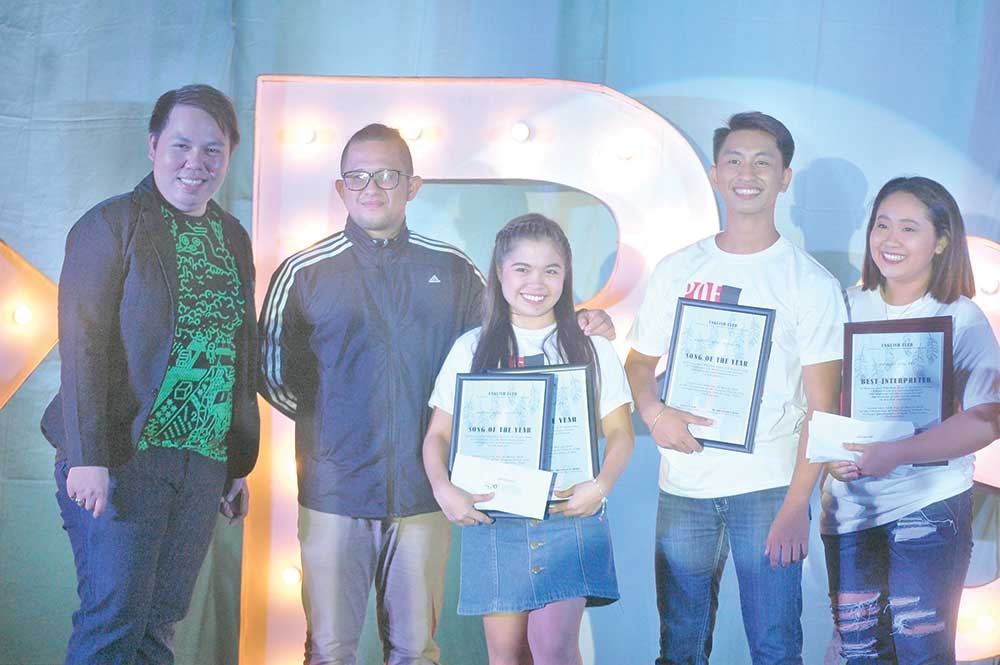 AN ORIGINAL composition written, arranged and interpreted by education students bagged all the awards in a songwriting competition held last March 12 at the University of the Visayas-Toledo City Campus (UVTCC).

“I’ve gotten inspiration from my friend. When she told me about her story, I felt her pain and sadness and so I projected feelings from someone’s experience and wrote from that perspective,” Delos Santos said.

“The composition is about a girl or woman who is struggling with her relationship. I used the rain to compare the loneliness she felt—she got wet in the rain, which felt so cold like her lover and she hoped that the pain will end just as the rain will stop anytime soon, “ Delos Santos added.

“The moment I heard my name in the proclamation of winners, I was overwhelmed and blessed because I did not expect to bag all those awards. I offer my victory to God. I won because of Him,” Tura said.

The competition, popularly known among UV-Toledo students as P&R, was conceptualized in 2015 and launched in the campus in 2016 by the English Club. The positive reception of the Visayanian community convinced the Club to open its doors to a new set of literary and musical artists in its second year under the direction of its vice president, Ma. Angelika Joyce Opeña.

“PandR2 was a dream come true. It all started from scratch—everybody thought that it was impossible to bring this to reality, considering time constraints and lack of funds. However, PandR2 became a show that was more than what we expected,” Opeña said.

Since its inception in 2016, it has gathered more than 60 aspiring writers, arrangers and interpreters. It has since produced 23 original compositions—11 from the first year and 12 this year—on hopes, spiritual relationships, love and the youth.

“It was a product of our love for the culture and the arts. We will continue to promote these at the campus level,” Opeña said. (Contributws by Jhay-ar A. Book)