For the love of Takoyaki 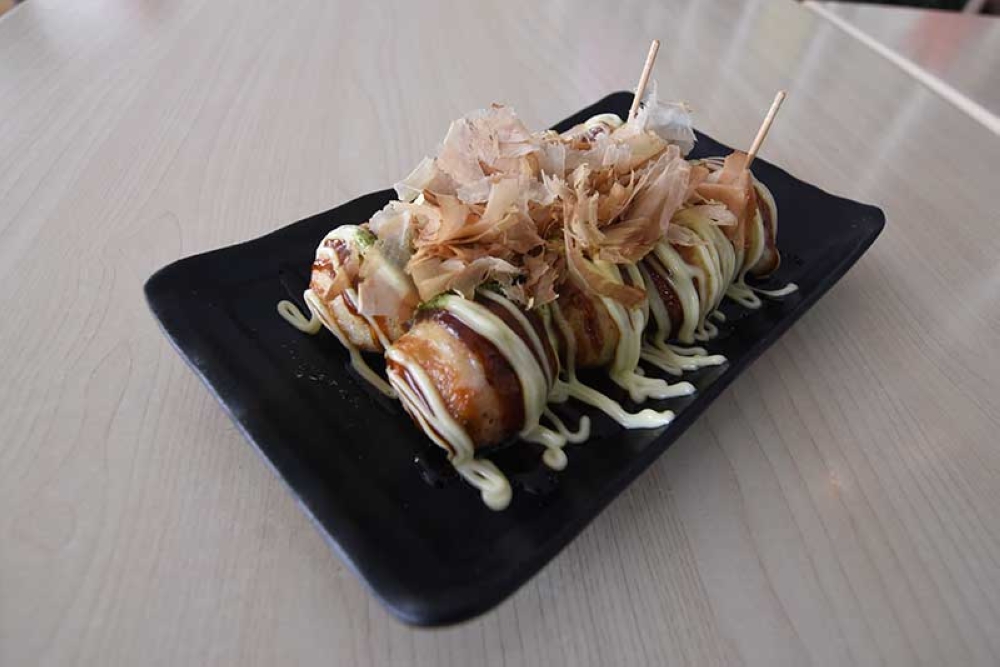 WHEN inside the mall, the food stalls that usually have long queues of customers are takoyaki franchise booths.

It is quite safe to say that takoyaki is one of the most favorite Japanese delicacies of Filipinos. Through this special fondness of takoyaki, Hiroaki Hamada, a local of Osaka, Japan, decided to establish Osaka Takoyaki, a thriving Japanese restaurant in the Philippines.

Only roughly two years after, they opened their second branch in Mindanao which is at SM Lanang Premier, Davao City after their Cagayan de Oro branch.

According to Marketing Officer in Charge Justin Lebron, their first branch in Davao City was well received by Dabawenyos during its opening November of last year.

He added it helps that the Dabawenyos are especially fond of Japanese food, particularly of takoyaki.

Lebron also said that their customers, sometimes, even order takoyaki with rice - a strange match but very well shows the great love of Dabawenyos with the Japanese food.

From the "tako" which means octopus and "yaki" which means grill, Lebron said they make sure that their takoyaki balls are with real octopus meat inside to satisfy their customers best. Their takoyakis are available in different varieties that customers can choose from. They have Ankake Takoyaki, Takoyaki Original, Cheese Takoyaki, Soup Takoyaki, and Osaka's very own Takoyaki Burger.

Not only do they make typical Japanese food, Lebron said they wanted to make sure that the customers would feel like visiting Osaka prefecture when dining, with their food as specialties of Osaka. They also have curry, yakisoba, okonomiyaki, rice meals, and udon noodles.

Their ramen are also something customers should try. They have Tonkotsu Ramen, Spicy Ramen Plate, Spicy Tonkotsu Special, and Shoyu Tonkotsu.

"Here in Osaka Takoyaki, we just want to make sure that we bring back to the customers the value of money that they spend through good food and service," Lebron said.

Craving for specialty food is but a very normal trait of Filipinos thus the increase of different food establishments in Davao City. This is especially true for restaurants that opened in Metro Manila and decided to expand to Davao City.

The newest branch of Osaka Takoyaki in SM Lanang Premier Fountain Court only means that takoyaki and ramen craving are already just a jeepney or a taxi cab away for Dabawenyos.