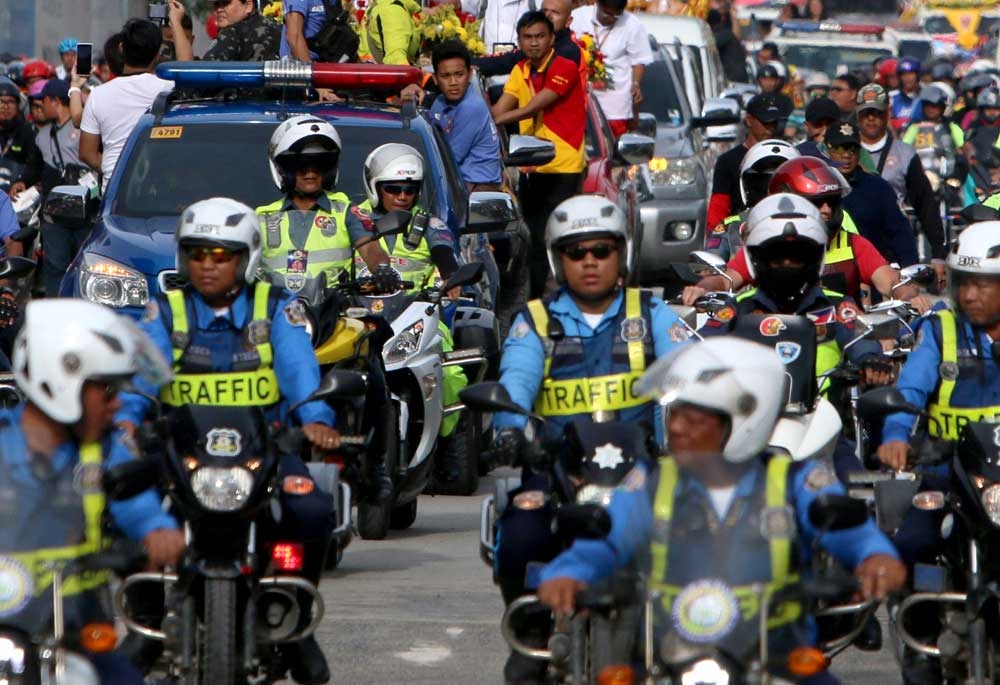 Accident prevention. Traffic police put on reflectorized vests to make them visible to the public. In Cebu City, motorcycle and bicycle drivers will soon be required to do the same to prevent accidents. (SunStar Photo/Alex Badayos)

MOTORCYCLE drivers will soon be required to wear reflectorized vests when they are driving in Cebu City roads.

Wearing of the reflectorized vest is aimed at curbing road accidents as it allows other motorists to see oncoming motorcylists at night even at a distance.

The vest time will be between 6 p.m. and daybreak.

Cebu City Councilor Dave Tumulak, chairman of the committee on public order and safety, said 40 percent of the vehicular accidents recorded in Cebu City in the last 15 months involved motorcyles.

Of this number, 6,087 involved motorcyles.

From January to March this year, CCPO-TG alreay recorded 2,935 accidents.

He said most of drivers of private vehicles, trucks and public utility jeepneys barely notice the motorcyclists.

Hence, the reflectorized vests for motorcyclists.

The vests should meet the standards to be prescribed by CCTO.

The amendatory ordinance increases the existing administrative fines for traffic violators, prohibits the obstruction on pedestrian lanes and street intersections, and requires the wearing of reflective vests during the night for motorcycle riders.

If the violator cannot pay the fine, he will be required to render four hours of community service.

If charges are filed, the violator will be fined between P3,000 and P5,000, or imprisoned for six months.

For a reflective vest worth P70, Tumulak said, motorcycle riders will not only keep themselves free from danger, but also help other drivers prevent accidents. (RTF)