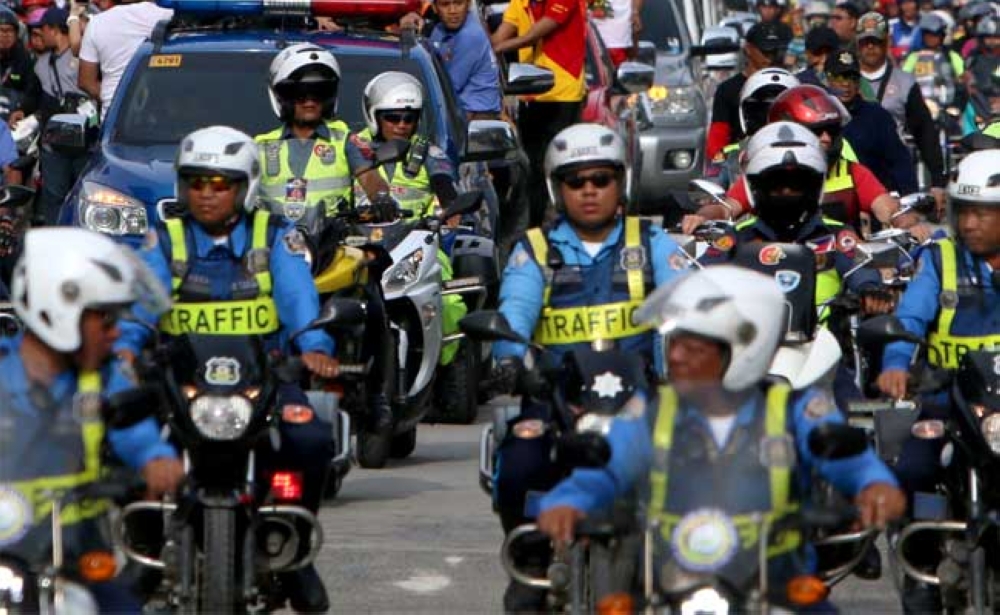 CEBU. Traffic police put on reflectorized vests to make them visible to the public. In Cebu City, motorcycle and bicycle drivers will soon be required to do the same to prevent accidents, but Mayor Tomas Osmeña said Friday that the ordinance will no longer take effect. (SunStar Photo/Alex Badayos)

Osmeña made the decision after receiving "many texts about the council ordinance making reflectorized vests mandatory for motorcycle riders."

"Given your feedback, I will not let the ordinance to come into effect. We will find another way," he said in a Facebook post.

Tumulak said 40 percent of the vehicular accidents recorded in Cebu City in the last 15 months involved motorcycles and most of them were caused by poor road visibility.

He said drivers have to wear the vests between 6 p.m. and daybreak, and the vests should meet the standards to be prescribed by the Cebu Cityh Transportation Office.

The amendatory ordinance also increases the existing administrative fines for traffic violators, prohibits the obstruction on pedestrian lanes and street intersections, and requires the wearing of reflective vests during the night for motorcycle riders.

If the violator cannot pay the fine, he will be required to render four hours of community service.

If charges are filed, the violator will be fined between P3,000 and P5,000, or imprisoned for six months. (With RTF/SunStar Philippines)