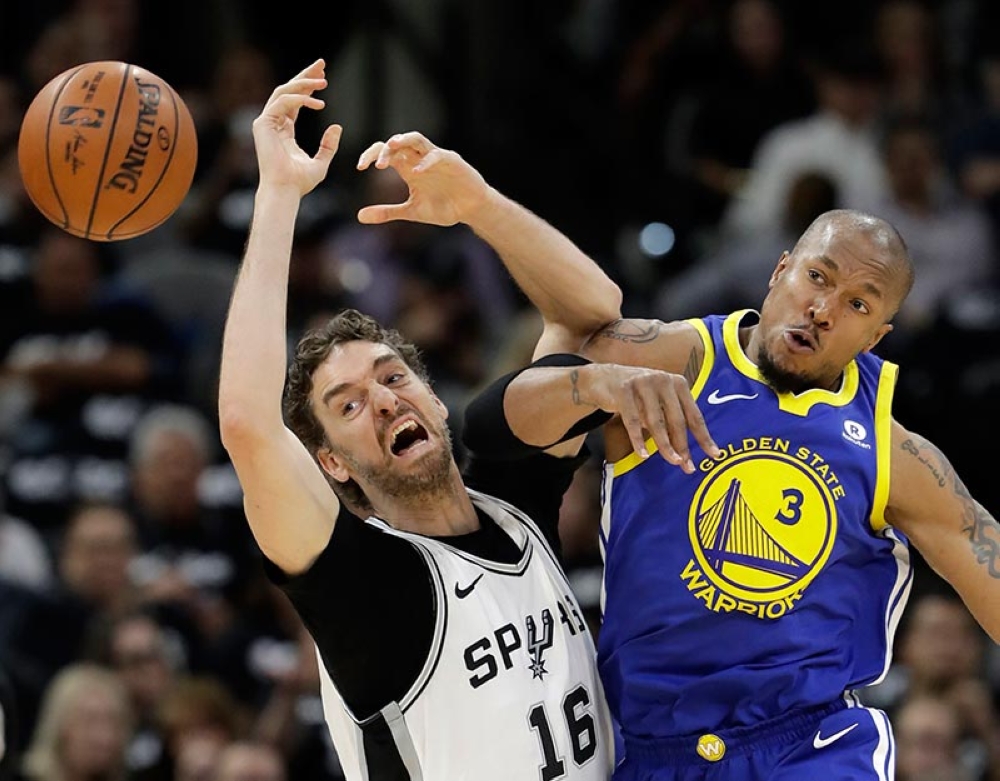 SAN ANTONIO. The ball goes flying as San Antonio Spurs' Pau Gasol (16) and Golden State Warriors' David West (3) compete for control of it during the first half of Game 3 of a first-round NBA basketball playoff series in San Antonio, Thursday, April 19, 2018. (AP)

SAN ANTONIO -- The San Antonio Spurs have lost to the Golden State Warriors, 110-97 in Game 3 of their best-of-seven NBA playoff series.

San Antonio played without coach Gregg Popovich, who was at home mourning the death of his 67-year-old wife, Erin. She died on Wednesday.

Winning one for Pop was too difficult for the Spurs, who trailed by 12 entering the fourth quarter. They briefly narrowed the gap to single digits early in the quarter, but the Warriors quickly regained control.

Golden State leads the series 3-0, placing the Spurs at the brink of elimination. (AP)