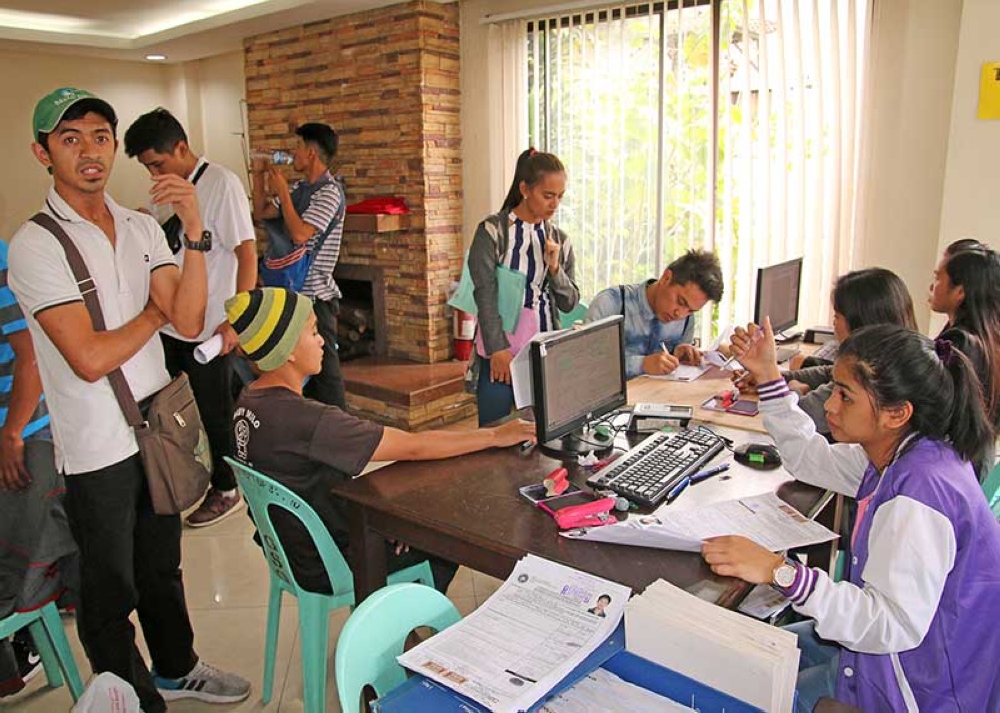 BAGUIO. Youth aspirants file their certificate of candidacy for the Sangguniang Kabataan elections at the Comelec-Baguio on Friday, April 20, the last day of filing of COCs. (Milo Brioso)

IN BENGUET, barangay and Sangguniang Kabataan (SK) candidates for the May 2018 polls were advised to spend less.

As the election campaign period officially starts on May 4 to May 12, La Trinidad acting election officer Romeo Aguilar Jr. advised candidates to keep campaign expenses to a minimum.

"For the candidates not to spend much kumbaga maging expensive ang kanilang kampanya and abide by the rules of the election and the filing of statement of contributions and expenditures," said Aguilar.

Campaigning barangay and SK candidates were also advised not to campaign before and on the day of the elections on May 13 and 14, as well as not to go beyond the allowable size of election propaganda.

Aguilar also advised voters to exercise their right to choose their leader, adding election preparation in the Benguet is going smoothly.

"After these (filing of candidacy), we will conduct information campaigns in each barangay, then we will be also preparing for the briefing for the candidates scheduled next week and briefing of teachers," Aguilar added.

A total of 258 precincts will be designated within the Benguet capital town together with 348 members of the electoral board mainly comprised of public school teachers and 30 non-Department of Education personnel.

Voting centers have been established mostly in Barangays Betag, Balili, Poblacion and Pico.

During election period, which started April 14 until May 21, the Comelec prohibits carrying of firearms, deadly weapons, the use of security personnel or bodyguards by candidates, organizing or maintaining reaction forces, strike or similar forces, and transfer of officers and employees in the civil service including public school teachers.