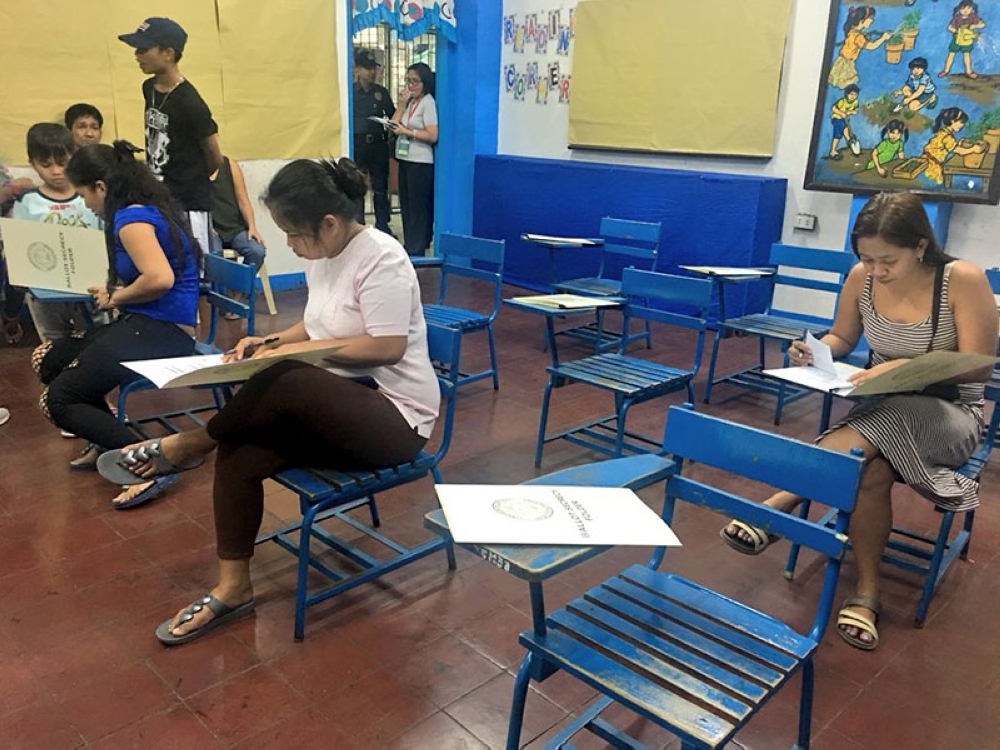 MANILA. The Commission on Elections (Comelec) on Saturday, April 21, began the simulation of the May 14 village and youth council (Sangguniang Kabataan or SK) elections at a school in Tondo, Manila. (Photo from Comelec)

THE Commission on Elections (Comelec) on Saturday, April 21, began the simulation of the May 14 village and youth council (Sangguniang Kabataan or SK) elections at a school in Tondo, Manila.

The poll body scheduled the conduct of the mock polls at the Rosario Almario Elementary School in Tondo's Kagitingan village from 7 a.m. to 1 p.m. of Saturday.

The Board of Election Tellers prepared elections forms and paraphernalia for the mock elections.

Voters aged 15 to 17 were given ballots for youth council elections, while those aged 18 to 30 were given two ballots since they are eligible to vote both in the village and youth council polls.

The Comelec simulated voting and canvassing of votes to test the readiness of the members of the board of election inspectors and canvassers, as well as to identify potential problems.

Ballots that will be used all throughout the country, except in Mindanao, for the May 14 twin polls will bear the date "October 23, 2017," because these were printed in 2017, supposedly for use in the postponed elections last year.

New and additional ballots, accountable and non-accountable forms will also be printed for those who registered from November 6, 2017 to November 30, 2017. (SunStar Philippines)