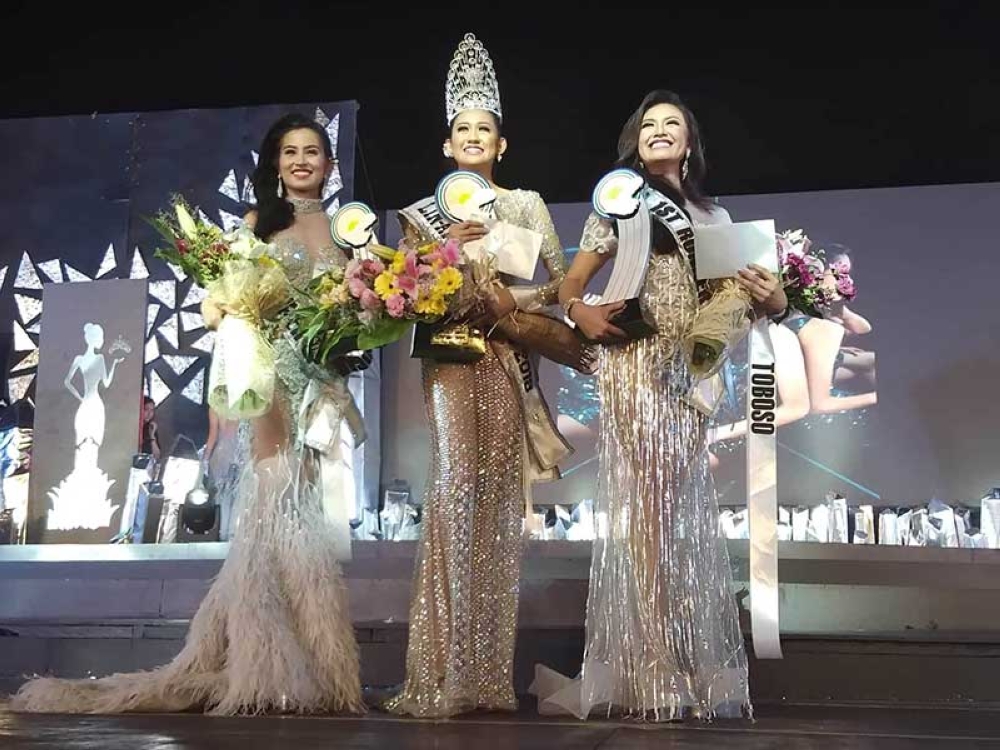 In a close to three hours of beauty and brain competition, Decolongon bested 26 other candidates representing various towns and cities in the province.

The newly-crowned Lin-ay is a varsity player at their school who also does modeling.

She got the crowd’s attention by her looks, her towering height, her beauty, confidence and wit in answering the final question - if she were to make a promise for herself and fulfill it for the next 25 years. She answered: “I will give a better version of myself. Like silver, the Panaad sang Negros will continue to shine. Our unity as a province will be the guide for the future generation.”

In a post-pageant interview, Decolongon said she was “still in shock” after being named as Lin-ay sang Negros, adding she dedicated the crown to her family.

She also won a special award. She was named Best in Evening Gown.

Decolongon was followed by first runner-up Lin-ay sang Toboso Klaire Ann Labrador Libre who is a student at the University of St. La Salle. She got P50,000, a trophy, and a sash. She also won Best in Swimwear.

The second runner-up was Lin-ay sang Hinigaran Yasmine Cabalfin, who is a degree holder of Bachelor of Science in Pharmacy at the University of Negros Occidental-Recoletos in Bacolod City. She got P30,000, a trophy, and a sash.

Each winner of the special awards received P8,000.

Each company gave their respective prizes to the winning candidates.

The pageant night was capped with a fireworks display wherein the huge crowd were wowed by the spectacular display.