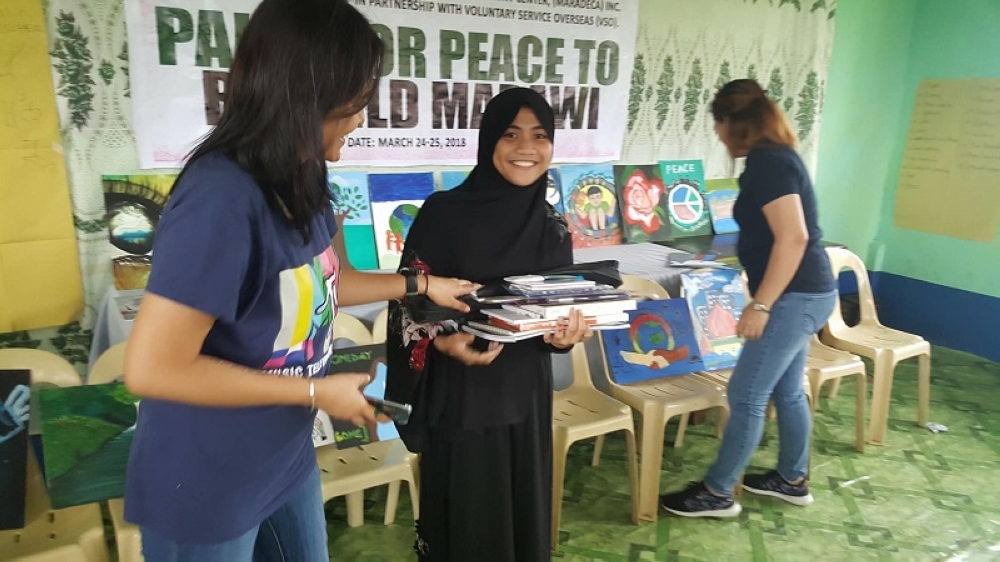 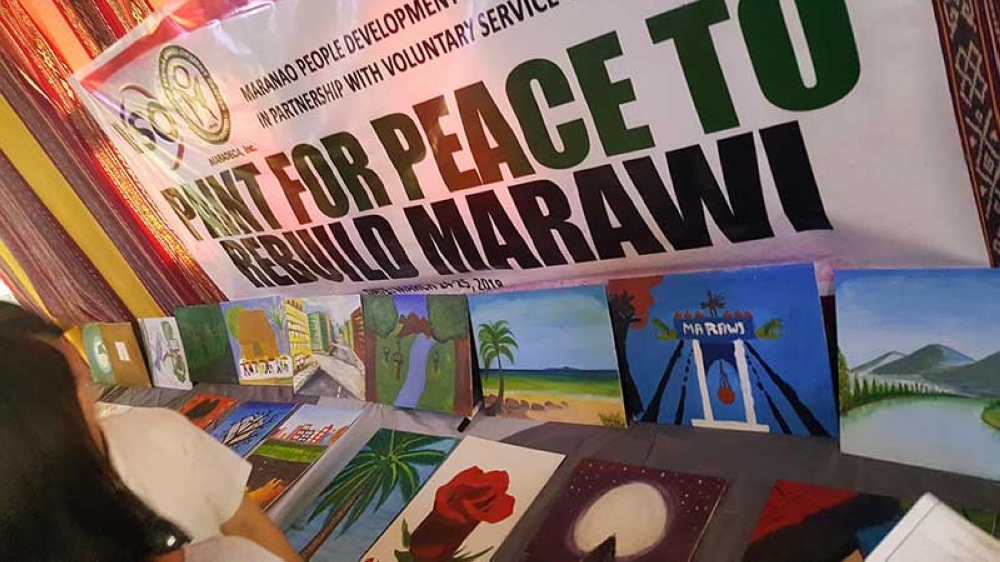 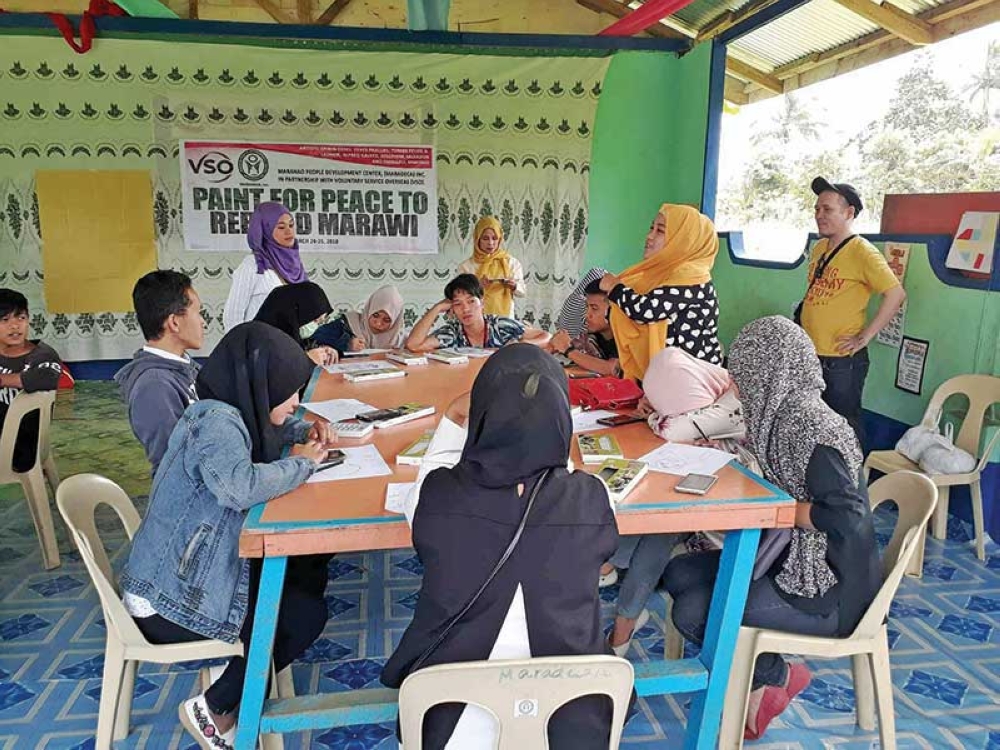 THERE’S a reason to hie on off to Art Portal Gallery at the Paseo de Legaspi along Pelayo Street (former Legaspi Suites) from Tuesday this week until Friday.

On show and for sale will be paintings by internally-displaced persons (IDPs) affected by the 2017 Marawi siege from a two-day art workshop conducted last March 24-25, 2018.

Attended by 50 Meranau youths from Marawi and an adjacent municipality, the participants made a painting each, which will be up for sale at Art Portal from April 24-27, 2018, all the proceeds of which will be given to the IDP artists to encourage them to explore their acquired skill as a viable source of livelihood.

Recognizing the iffyness of the IDPs situation as rebuilding takes time, VSO, the world’s leading independent international development organization working through volunteers to fight poverty partnered with several artists for the workshop and this week’s exhibit.

In the lead is Art Portal owner and artist Alfred Galvez, who grew up in Davao City and studied Fine Arts at the University of the Philippines Diliman after completing his secondary education as a scholar at the Philippine High School for the Arts in Los Banos, Laguna. Galvez further studied in the studios of Italian masters, Marco Cavallini, Allyson Grace Wooley and Carlo Mori in Florence, Italy.

With Galvez in the workshop were fellow artists Tomas Leonor and Erwin Pascual, both of Manila, Ymmazul Yamomo of Digos City, and Ping Salvador of Koronadal City.

Joining VSO was the Maranao People Development Center Inc. (Maradeca), a non-stock non-profit institution sserving the “deprived“ and the “neglected“ around the urban and rural communities of Marawi City and Lanao del Sur.

Reflecting on his chance to teach art to the Meranau youths, Galvez couldn’t help but appreciate how the youth participants took the workshop seriously as manifested by the effort they took in preparing themselves.

“Most of them attended the class in semi-formal clothes, naka-polo long sleeves, naka shirt na may collar, dress,” Galvez said. “Nakakahiya ako ‘coz I went there in shorts and shirt and hindi nagpagupit ‘coz I thought I don’t want to intimidate them.”

He didn’t want to appear too dressed up with the intention to just blend in. The students came all dressed up.

What struck him most was that not one painted about the gruesome war.

“Students painted subjects about hope and peace, and their ordinary lives,” he said.

Galvez attested to the difficult situation the IDPs are still in six months after government announced that the Marawi siege was over.

“Theres an evacuation center there in a basketball court where a family lives in a 1.5m x 1.5m space,” he said.

In partnering with the artists for the workshop, VSO said, “When people step forward as local, national or global citizens, we believe they create sustainable change. By enabling people, and in turn their organization and communities, to play a more active role in development, volunteering provides the means through which the essential conditions for systemic and sustainable change happens.”

VSO noted that more than 400,000 residents of Marawi were displaced in the siege by the Islamic State terrorist Maute group that broke out on May 23, 2017 and was declared over on October 17, 2017.

The city itself remains a shell of the city that it once was, its structures pocked with bomb and bullet holes.

Although some residents have been allowed to return, the greater part of the city remains in ruins and remains a no man’s land as there are still unexploded ordinance and booby traps that still has to be cleared.

Thus, thousands remain in evacuation centers or are staying with relatives and friends with no source of livelihood to eke out a living.

Their situation is complicated by the fact that a big part of the city is actually government land, and there is uncertainty on whether the people can really return to what used to be their homes.

It is hoped that the paintings will be sold out and that the exhibit will bring attention to the continued sufferings of the IDPs and their dire need for support and livelihood that can sustain and help them rebuild their lives.