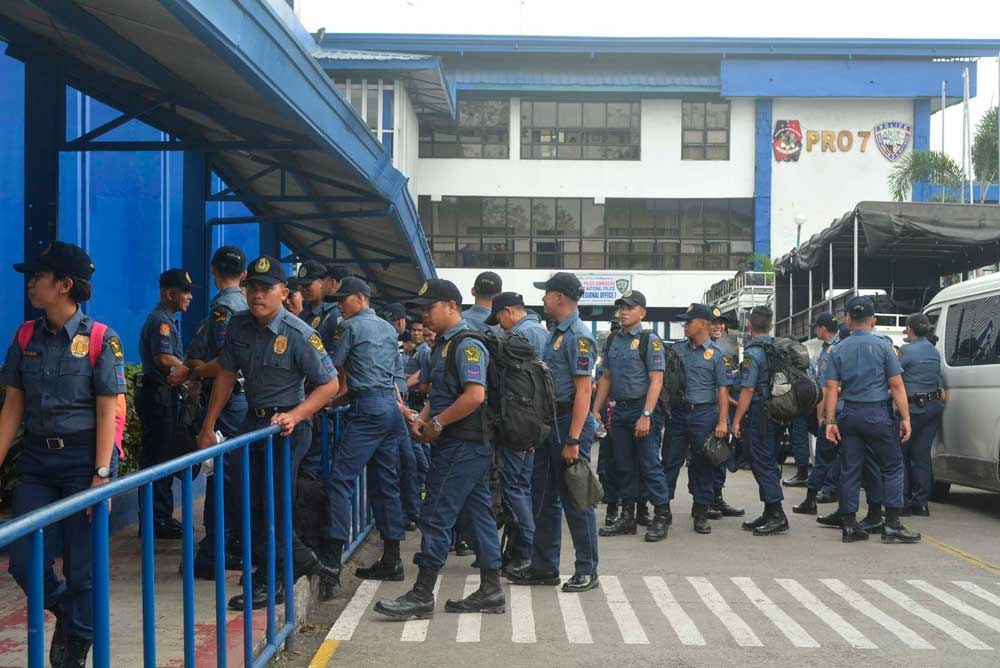 They’ll be back. Police officers with relatives running in next month’s elections will be reshuffled as a show of police impartiality, but they’ll return to their original posts as soon as the elections are over. (SunStar File)

THE Police Regional Office (PRO) 7 is reshuffling over 100 policemen with relatives who are running in next month’s barangay and Sangguniang Kabataan elections to show police impartiality.

PRO 7 Director Chief Supt. Robert Quenery said that a police officer will be temporarily transferred if he is related by blood to a certain degree to a political aspirant or an incumbent official who has filed a certificate of candidacy.

“We have identified around a little over 100 PNP personnel who are relatives of those who have filed their candidacy and it is in the call of our provincial director for them to be reassigned somewhere other than the municipality where they are assigned just to show to the public that our impartiality won’t be questioned,” Quenery said.

After the elections, they will return to their original posts.

Meanwhile, Quenery said they will also check city and provincial offices this week to identify areas of concern. “So that we can assess the areas of concern because there are parameters which need to be considered especially for the deployment of personnel where they are really needed,” he said.

Two barangays in the town of Tuburan have been recommended to be classified as an election watchlist area because of previous poll-related violence.