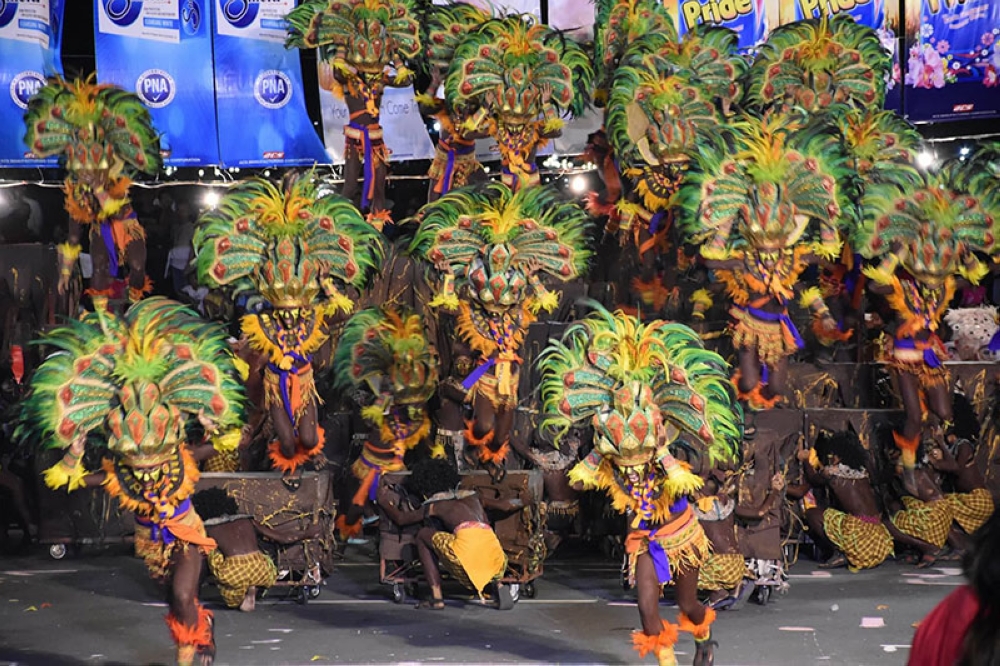 ILOILO. Tribu Panayanon during their performance at Quirino Granstand on April 28, 2018.

DINAGYANG festival failed to retain its crown during the Aliwan Fiesta on Saturday, April 28, 2018 in Manila.

Tribu Panayanon from Iloilo City National High School, which was the overall champion of the Dinagyang Festival, placed only 3rd in the Aliwan Fiesta, after Kasadyaan Festival of Leyte which was named the Street Dance champion and Manggahan Festival which landed in 2nd place.