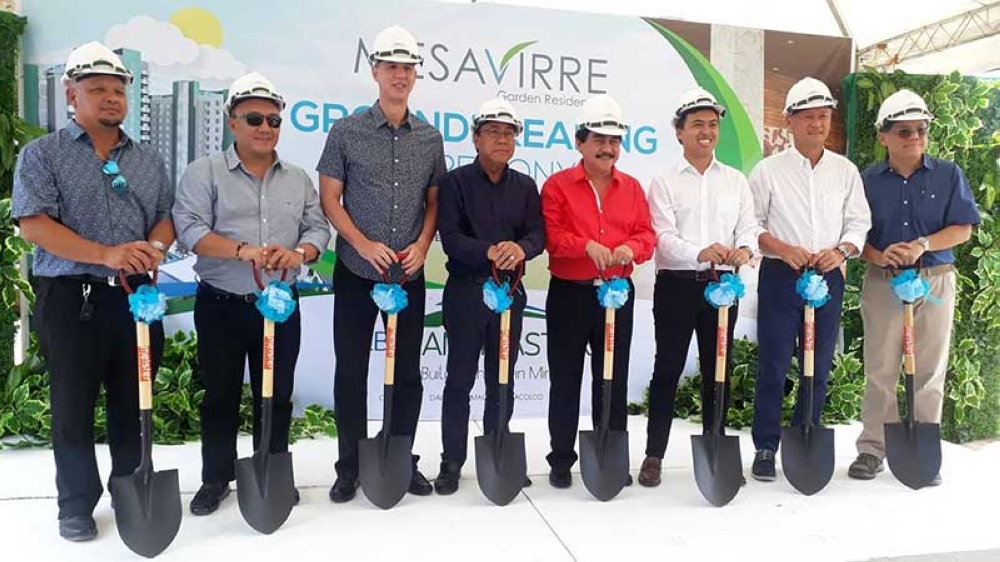 AT LEAST P5 billion worth of investments have been poured in by property firm Cebu Landmasters Inc. (CLI) for Bacolod City, which it considers as the "next big thing” in terms of real estate development.

After it was launched in February this year, CLI broke ground for the project on Monday, April 30.

CLI chairman and chief executive officer Jose Soberano III, at the sidelines of the groundbreaking activity at the project site yesterday, said the project will be able to attract condominium living in the city.

Soberano reiterated that the project will surely expand the residential growth in the city which now stands as one of the fastest growing centers in the country.

“Investing here is a manifestation of our confidence for Bacolod City. Obviously, the developments here all point to that direction where investment and business climate are encouraging businessmen like us,” he added.

Located on a 3.6-hectare property on Lacson Street in Barangay Bata, it is the fifth of the company’s garden series in the Visayas and Mindanao. The first four garden residences were established in cities of Cebu, Cagayan de Oro, and Davao.

The construction works for the three-tower residential project started earlier this year.

The three residential buildings with 16, 19 and 18 floors, respectively, have a total 1,072 studio and a bedroom type units with sizes ranging from 22 square meters to almost 41 square meters.

The completion target for the first two towers is the fourth quarter of 2020, while the third tower is projected to be completed in the last part of 2021.

His son, executive vice president and chief operating officer Jose Franco Soberano, said the first two towers are targeted to be completed by the end of 2021, prior to the turnover date during the first quarter of 2021.

The younger Soberano said the first tower is already 100 percent sold, and they are now starting to sell the second tower.

“Interestingly, lots of our buyers are locals and overseas Filipino workers,” he said, adding that “because the demand is strong, we might start the construction of the third tower one year earlier of its target period probably by the end of the year.”

After the groundbreaking, CLI officials also signed the joint venture agreement with lot owner Sta. Clara Estate Inc. for the development of an international brand hotel.

The 220-room amenity, in a 16-floor structure, is considered to be the first hotel project in Bacolod that will carry an international brand.

The older Soberano said it will carry Ascott International’s Citadine brand, the fastest growing brands of Ascott and in fact the biggest service apartment business in the world.

Soberano said this will address the need of clients for a hotel with an international brand, claiming that this will be the tallest building in the city.

“We will be putting in the front area along Lacson Avenue commercial complex with shops and restaurants which will synergize the condominium community and the hotel,” he said, adding that “thus, there will be an interplay of all these businesses.”

Another signing will be conducted by CLI with the Ascott group for a management agreement. The firm targets to break ground for the hotel project in the three to four months.

For his part, Sta. Clara Estate Inc. president Alec Lustre, who signed the agreement for the company, said putting up an international brand hotel is a fulfillment of a dream.

“As a dream, we would like to change the landscape of Bacolod City to make it really what it should be and something that we can all be proud of,” Lustre added.

The last project included in the P5 billion investment of CLI is a 15-hectare mid-market housing in Barangay Granada.

The development of the horizontal residential project with per unit cost of P1 to P4 million is expected to start within the third quarter of this year.

Catering to both economic and middle-income market, the subdivision will house at least 2,500 units.

All in all, the three projects are seen to generate at least 2,000 employment opportunities, not only for the construction side, but for Bacolod residents and those from nearby cities and municipalities in the province.

These jobs are on top of the operational stage for the hotel and property management requirement for both the residential condominium and subdivision projects, the firm said.

Bacolod City Mayor Evelio Leonardia, who was also at the groundbreaking rites, said these projects are reflections of the rapid economic growth of the city.

Leonardia said for big investors to invest in Bacolod, it is an indication that there is really something in the city.

“We are trying to maintain Bacolod as a business-friendly city. We assure investors of conducive climate for businesses to rapidly grow,” the mayor said, as he thanked CLI for helping the city change its skyline.

Meanwhile, the property firm also inaugurated its showroom and news sales office at Paseo Verde on Lacson Street in Barangay Mandalagan on Monday.

It was also attended by Negros Occidental Vice Governor Eugenio Jose Lacson, and other officials and partners of the company, among others.