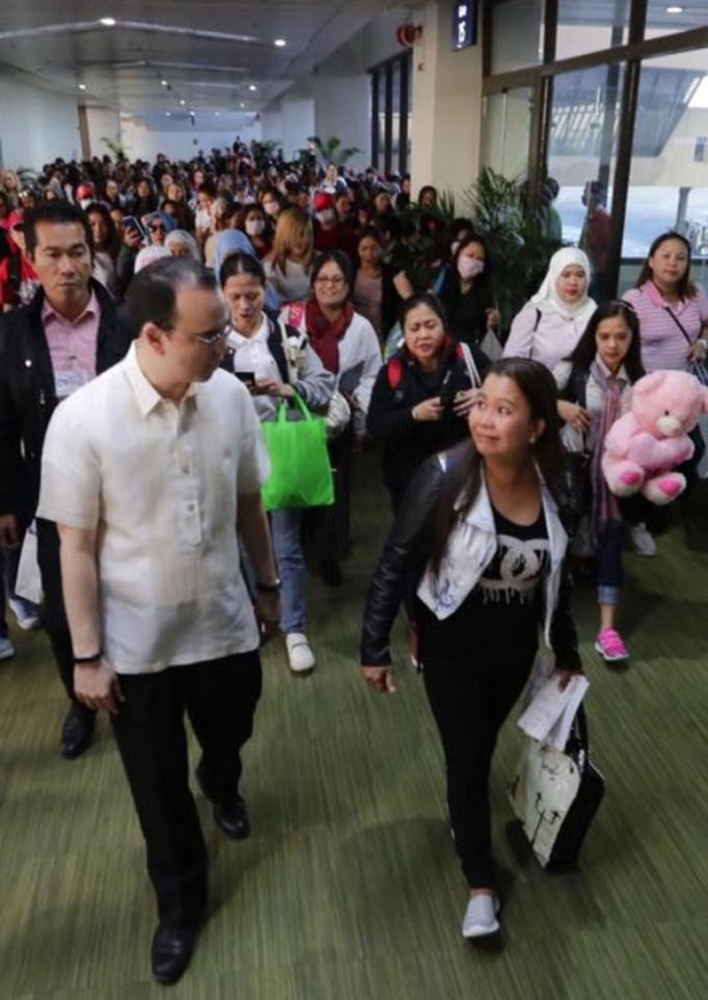 BOTH Labor Secretary Silvestre Bello III and Foreign Affairs Secretary Alan Peter Cayetano denied Tuesday, May 1, a news report about their alleged shouting match over the diplomatic stand-off between the Philippines and Kuwait.

The two top officials, who sat beside each other during the turnover of the Pagkalinga sa Bayan to the Vicente Sotto Memorial Medical Center in Cebu, belied that they locked horns for failure to ease tensions between the Philippines and Kuwait.

"That's fake news. One, we didn't have a meeting in Malacañang. And two, how could we shout at each other?" the Labor Secretary said.

Cayetano, for his part, said he has respect for Bello, whom he considers as a high-ranking official "more senior" than him.

"First and foremost, it's not possible for us to shout at each other because Secretary Bello is even-tempered. Also, the President will not allow me to yell at someone who is more senior than me," the Philippine top diplomat said.

Contrary to the report, Bello said he had even expressed his support to Cayetano's move to rescue abused overseas Filipino workers (OFWs) in Kuwait.

"I supported the decision of Secretary Alan. The decision to rescue OFWs in Kuwait was right. There is no need for permission, because it needs immediate action," he said.

The Philippines' diplomatic ties with Kuwait has been strained, amid the reported inhumane treatment of Filipino workers by their Kuwaiti employers.

President Rodrigo Duterte banned the deployment of OFWs to Kuwait after the body of Joanna Demafelis was found stuffed in a freezer over a year after she went missing in Kuwait. Her employers, a Lebanese man and his Syrian wife, have been convicted of her murder.

Negotiations are ongoing to end the diplomatic tiff between the two nations. (SunStar Philippines)