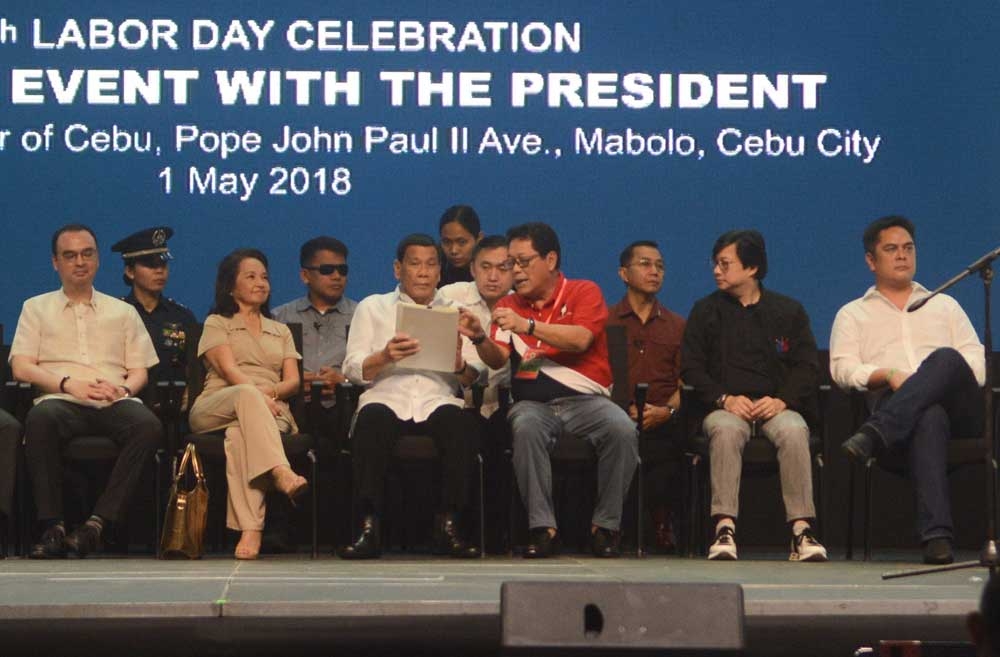 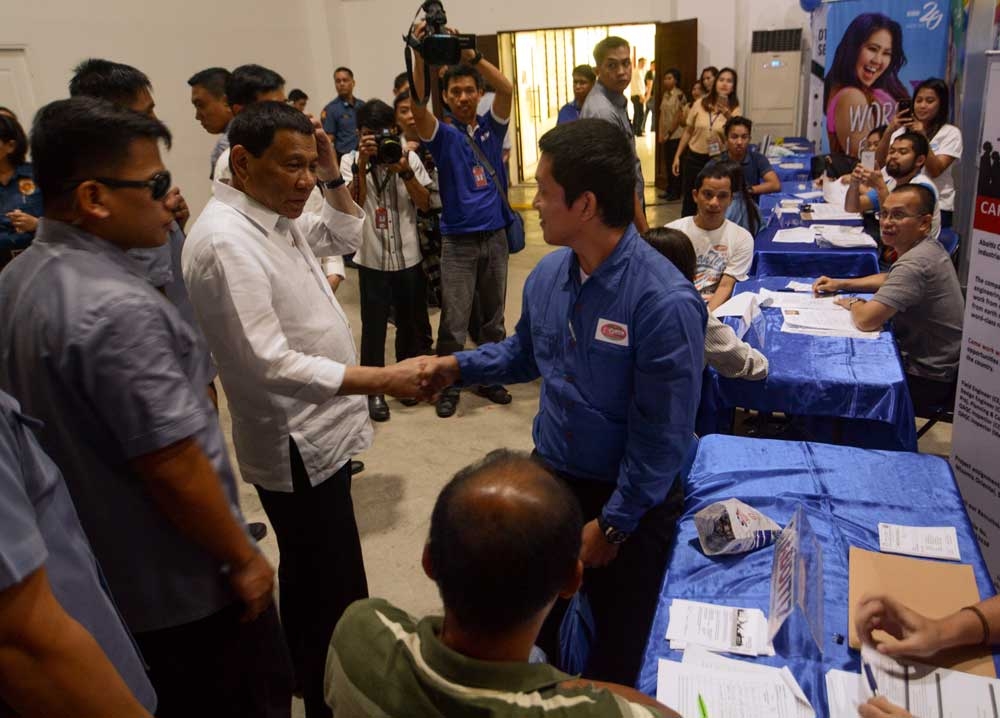 AS a gift to workers on Labor Day, President Rodrigo Duterte signed yesterday an executive order (EO) imposing a total ban on all forms of unlawful contractualization in the country.

But he said the EO is not enough and Congress still needs to amend the “outdated” Labor Code, “because you have to change or modify or entirely abrogate some provisions” of the code governing employment practices.

Articles 106 to 109 of Presidential Decree 442 or the Labor Code of the Philippines permits companies to enter into contractual arrangements with their employees.

“I remain firm in my commitment to put an end to endo and illegal contractualization. However, I believe that in order to implement an effective and lasting solution to the problems brought about by contractualization, Congress needs to enact a law amending the Labor Code,” Duterte said in a keynote speech.

“I recommend the entire revision or revisit the previous laws,” he added.

The EO imposes a complete ban on “labor-only” contracting or the so-called “endo” or end of contract. Under such labor practice, a worker’s contract ends before the sixth month, the period when an employer is required to grant permanent tenure.

The EO states that “contracting and subcontracting, when undertaken to circumvent the workers’ right to security of tenure, self-organization and collective bargaining and peaceful concerted activities, pursuant to the 1987 Philippine Constitution, is hereby strictly prohibited.”

Without the EO, companies are still allowed to enter into “legal” contracting and subcontracting arrangements that are not banned, as provided by Department Order 174 of the Department of Labor and Employment’s (Dole).

The EO is also applied “to all parties, including cooperatives engaged in any contracting and subcontracting arrangements.”

In an interview, Bello said that with the President’s EO, the employers can only outsource seasonal businesses like project-based jobs, security agencies, janitorial services and maintenance jobs.

He clarified that the practice of malls and fast-food chains of hiring employees for six months is an example of “Endo” or “End of Contract” and is unlawful.

Duterte’s announcement came amid the labor group’s loud and persistent clamor for the Chief Executive’s signing of the EO to ensure fair labor practices in the country.

Apart from the EO, the President also signed a memorandum directing the Dole to submit a list of companies that are engaged in labor-only contracting.

Duterte warned that “days are numbered” for firms that continue to practice labor-only contracting.

As the President led the Labor Day activities inside the convention center, some 200 protesters staged a rally outside and raised issues on the end of contractualization, transportation and land reform, among others.