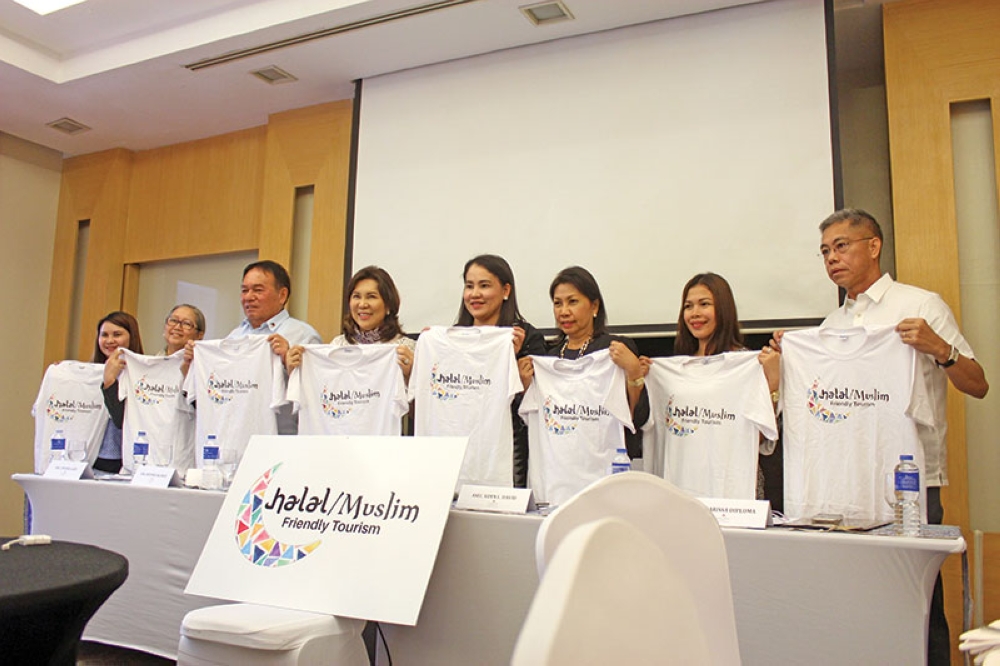 HALAL-FRIENDLY. The Department of Tourism, led by Secretary Wanda Teo (4th from left), unveiled on Wednesday, May 2, the official logo of the Halal/Muslim-Friendly Tourism program at the Marco Polo Hotel –Davao. (Andrew Ochoa Comoda)

THE Department of Tourism (DOT) has identified three industry gaps that need to be addressed to fully harness the benefits of Halal tourism.

These are lack of information and awareness about Halal, lack of Halal resources, and absence of data bank of Halal-certified suppliers.

DOT assistant secretary Eden David said in a press conference on Wednesday, May 2, at the Marco Polo Hotel - Davao that these challenges were identified after a series of Halal-focused workshops conducted in six key Halal pilot areas in the country since early last year.

“There is a low awareness of Halal tourism and industry and also lack of resources of Halal products taking into consideration that there are not enough slaughterhouses in the country. We also lack reliable databank of all of these halal certified suppliers and even services,” she said.

Tourism Secretary Wanda Teo, for her part, said they were preparing for the Philippines to be Halal-friendly.

“The hotels, restaurants and other establishments are responding positively but some, especially restaurants are finding it hard to certify their businesses because of some strict requirements of Halal certification which will be requiring more investments,” Teo said.

David added that these industry challenges can be addressed through collective efforts among all agencies and offices concerned.

“This is not just a problem of DOT, this is also a concern of Departments of Agriculture, Department of Trade and Industry, Department of Foreign Affairs and even Mindanao Development Authority. We are working closely now as one to meet all these gaps,” she said.

The Tourism department unveiled on Wednesday the official logo of the Halal/Muslim Friendly Tourism program.