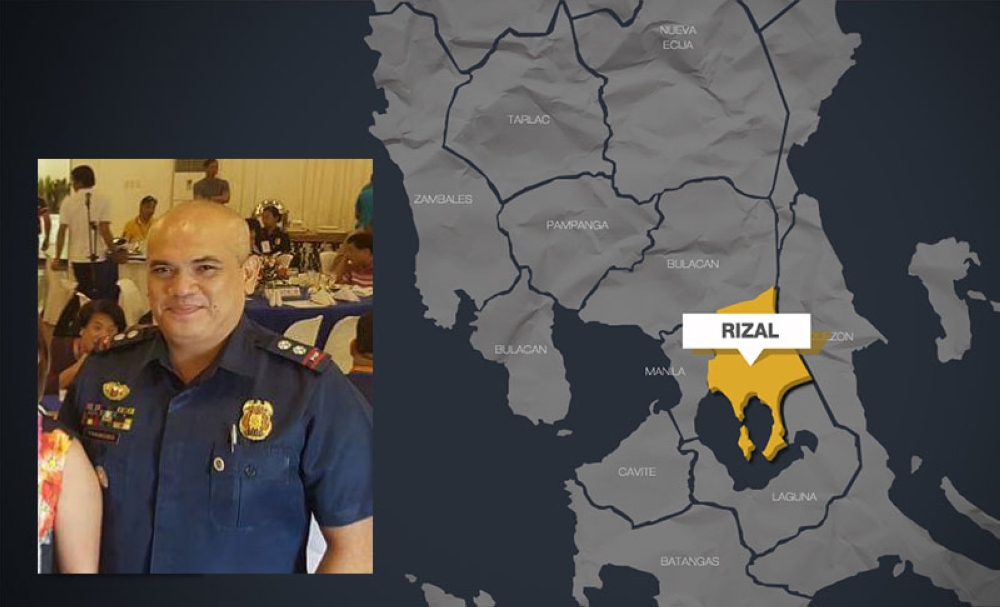 A POLICE official was gunned down early Friday morning, May 4, by unidentified motorcycle-riding men in Antipolo City, Rizal province.

Superintendent Ramy Tagnong, chief of regional legal affairs Police Regional Office in Calabarzon (Region 4A), was killed around 6:40 a.m. Friday while he was on board his red Toyota Innova together with his partner Maria Angela Hadap, 36, in Barangay Dalig 1, Antipolo City.

Eleazar said the victims were rushed to the Antipolo Doctors Hospital but Tagnong was pronounced dead on arrival.

Tagnong sustained multiple gunshot wounds while Hadap obtained gunshot wounds in the back and left arm. She is still undergoing treatment in the said hospital.

Eleazar said he has ordered the hot pursuit against the suspects. (SunStar Philippines)