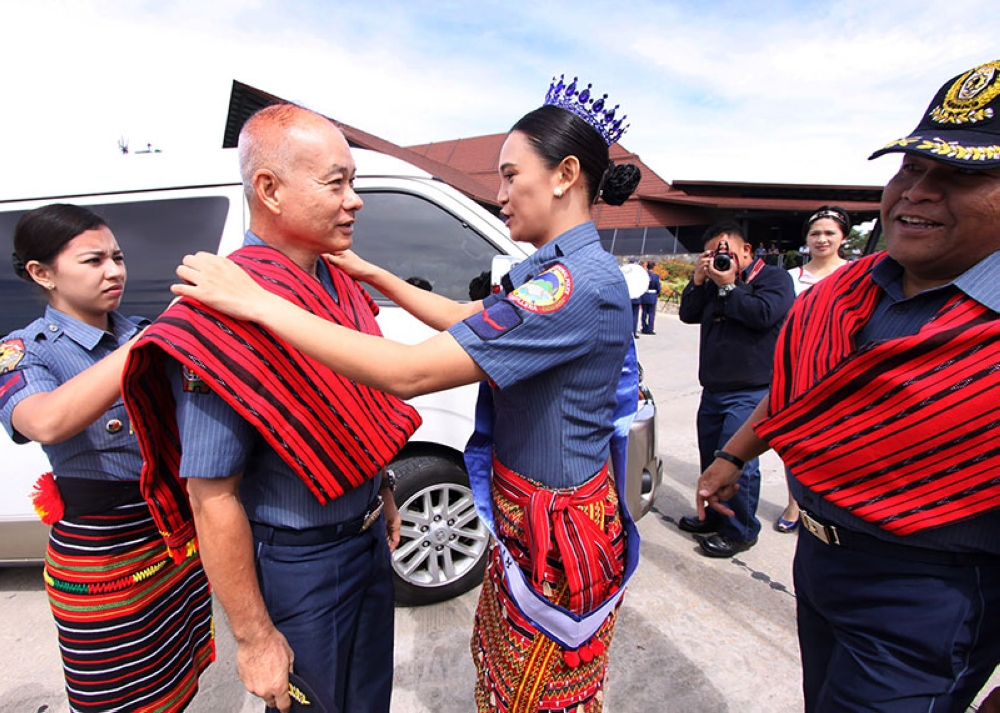 THE Philippine National Police (PNP) has assured security for teachers who will preside over the barangay and Sangguniang Kabataan (SK) elections on May 14.

In his visit to Baguio City for the Northern Luzon Commanders Time for Police Officials in Ilocos, Cagayan Valley, and Cordillera Administrative Region, PNP Chief Director General Oscar Albayalde said this would undergo the process of request set by the Commission on Elections (Comelec).

“If there is a need, the assessment will come from the PNP and the Commission on Elections regarding their request. If they feel there is danger in the area having heated rivalry, then they can always request for additional security force. Eighty percent of the 190,000 strong police force in the country will be deployed during election,” Albayalde said.

At present, the PNP listed 5,744 areas in the country as hotspots. They were declared as such following the parameters of having intense political rivalry, physical injuries between supporters and candidates, incidents of shootings and killings, and being identified as an insurgency infested area.

Some of the areas identified by the PNP as hotspots are Abra, Masbate, San Rafael Bulacan, Nueva Ecija, and in Mindanao.

“In Abra, we have placed one company of Special Action Force as augmentation. Abra have always been a perennial hotspot during elections which is why the provincial police director there has been directed to conduct massive checkpoint and Oplan Sita,” Albayalde said.

“We have recorded 15 incidents all over the country and this is the reason why we are going around before the conduct of the elections to assess the readiness and preparedness of the various PNP regional commands. I think this is very important since this election is very emotional, personal and intense,” Albayalde said.

The staging of the "Commanders Time" was made by Albayalde to assess and instill in the police force the organization’s principal mission and vision of serving and protecting.

“This will be the first and last time that I will be talking to our commanders. The next time I will meet them would be for them to sign something about any inconsistencies committed by their personnel which they failed to supervise. We have always been employing the one strike policy where we have a zero tolerance for that, and if a police official would do something wrong then outright, we will have to be relieved from his post,” Albayalde said.

Designated campaign poster areas in La Trinidad are distributed among the 16 barangays of the municipality.

Prohibited acts during election period are carrying of firearms or other deadly weapons, use of security personnel or bodyguards by candidates, organizing or maintaining reaction and strike forces, transfer of offices and employees in the civil service including the public school teachers, suspension on any elective provincial, city, municipal or barangay officer, alteration of a territory of a precinct or establishment of a new precinct and threatening any election official or employee in the performance of his election functions or duties.

Benguet Election Supervisor Elenita Capuyan previously advised barangay and SK candidates to abide by the rules and follow the designated areas and not to go beyond the allowable size of election posters of 2x3 feet.

Candidates were also advised not to campaign before and on the day of the elections on May 13 and 14. (With a report from Lauren Alimondo)