Editorial: Why the press matters 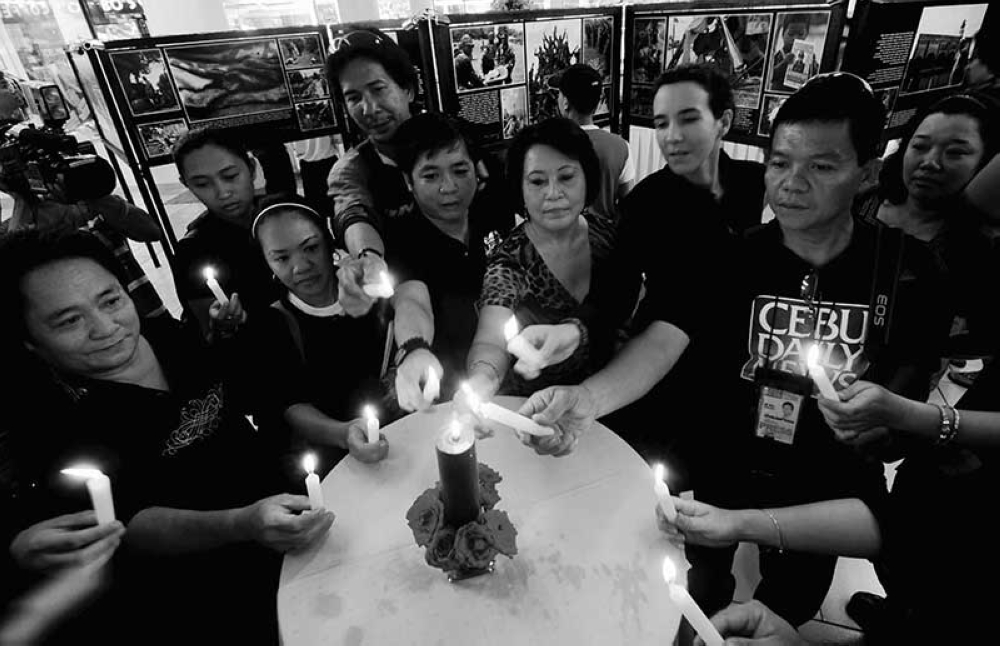 CHECKING POWER. Citizens play a role in protecting two institutions essential for democracy: the media and the judiciary. This was the focus of the 2018 World Press Freedom Day. (File Photo)

HIS killers made sure Edmund Sestoso would never broadcast again.

Sestoso was shot five times by gunmen riding a motorcycle in Barangay Daro on April 30. In a statement, the National Union of Journalists of the Philippines (NUJP) revealed that the gunmen also shot the tires of a pedicab whose driver tried to bring the fallen man to the nearest hospital in Dumaguete City.

The incident took place as Sestoso was returning home after hosting his regular blocktime program “Tug-anan,” which aired daily on dyGB 91.7 FM. He formerly headed the Dumaguete City chapter of the NUJP.

Sestoso was murdered just days before May 3, proclaimed as World Press Freedom Day (WPFD) by the United Nations (UN) General Assembly in 1993.

This year’s celebration, marking also the 25th year of observance of the WPFD, carries the theme of “Keeping Power in Check: Media, Justice and the Rule of Law.”

The 2018 theme underscores what the UN Educational, Scientific and Cultural Organization (Unesco) perceives as the “complementary roles (of the judiciary and the media) in fostering transparency, accountability and governance” in democratic societies.

Whether intended or not by his killers, Sestoso’s murder demonstrates how the forces undermining democracy target these two institutions.

Even as the Presidential Task Force on Media Security launched an investigation into Sestoso’s killing, the body indicated in a statement that similar attacks against journalists cannot be discounted with the coming local elections.

By alluding to a connection between the murder of Sestoso with the May 14 Barangay and Sangguniang Kabataan (SK) elections, even before it has completed its investigation of the case, the Presidential Task Force on Media Security unjustifiably casts the murdered broadcaster under a cloud of suspicion, even as it seems to rationalize the inevitability of journalists ending as collateral damage in the elections.

The task force should focus on carrying out its mandate; it was precisely formed by Duterte to resolve the killings of journalists.

In the recent Impunity Index released by the international Committee to Protect Journalists (CPJ), the country ranks fifth in a “quantitative ranking of countries worldwide where journalists are killed and the murderers go free,” according to the CPJ official website.

Other stakeholders called out the Duterte government to solve the murder of Sestoso, other journalists, and other victims of extrajudicial killings (EJKs).

The culture of impunity, which reinforces the belief that one can get away with committing crimes and thus, incites the repetitions of these crimes, corrodes democracy by triggering “reprisals” against an independent, critical media acting as watchdog of the government to make it accountable to the public and conduct elections with transparency.

Various media organizations, the NUJP, IFJ, CPJ, and other stakeholders have stressed that journalists must not be cowed from carrying out their work, essential for protecting and promoting the public’s welfare.

Current information and communication challenges involve the participation of the youths aspiring to train as journalists, as well as citizens not formally trained as journalists but blogging or posting comments online.