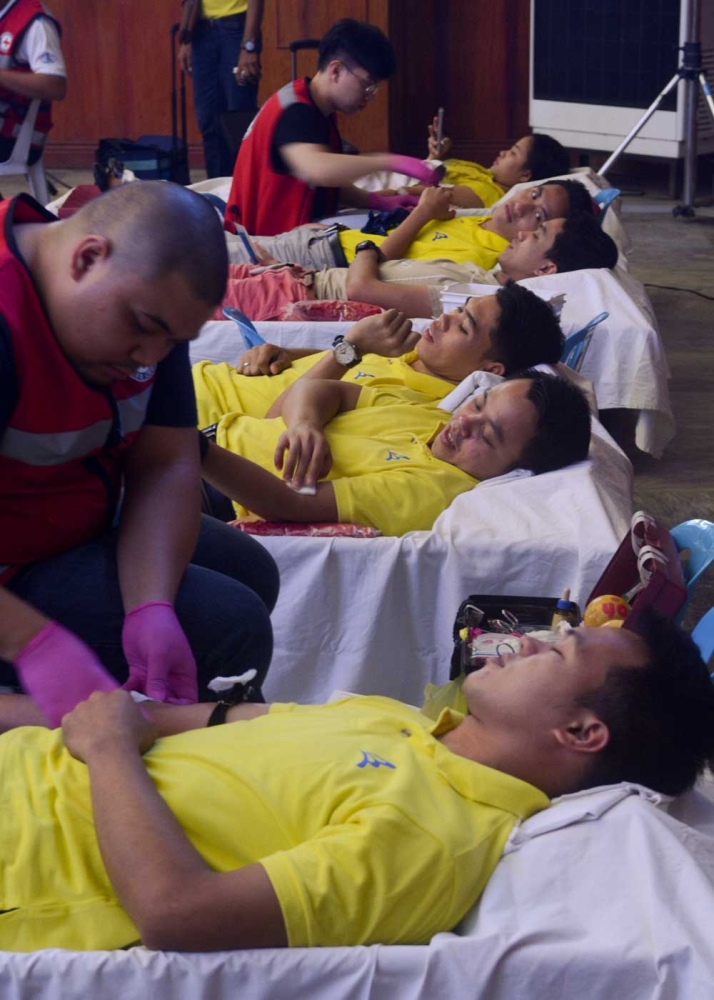 THERE are many ways to help people who are sick, but one might ask: What is more noble than giving a part of yourself, your blood, to someone in need?

“Giving blood is giving life,” said Cowart Suazo, a computer engineer who participated in the “934th Worldwide Blood Drive to give gife through the love of the Passover” held at the Capitol Social Hall yesterday.

The activity was held in partnership with the Philippine National Red Cross.

“Actually, I have been part of the World Mission Society Church of God for nine years and I have been donating blood for five years now,” Suazo said.

He claimed that through the blood drive and by donating blood, he can share God’s love with others.

Sarah Jane Viterbo, 27, patiently waited in line for her turn to donate blood.

Viterbo said that it is her third attempt to donate blood.

She has been trying to donate blood since 2015 but due to different circumstances, she was not given the chance to donate.

“We conduct this blood drive to glorify the name of God and I feel blessed because after several tries, God has given me good health and through that I can help save lives,” Viterbo said.

The Blood Drive was not only exclusive for the World Mission Society. Walk-in participants were also welcomed.

Jem Espinar, 28 and Vincent Serencio, Cebu Provincial Government employees, were just two of the walk-in participants of the blood drive.

Espinar, who was just passing by after coming from the governor’s office, said he found the the activity interesting.

“I would probably donate blood again in the future. This would not be the last time,” he said.

Serencio, who saw the activity being held, went inside the social hall and without hesitating, he donated his blood with hopes that his blood will help others.

Suazo, Viterbo, Espinar and Serencio are just among the 90 participants of yesterday’s event.

The World Mission Society Church of God is a worldwide organization with 7,000 churches and three million members.

A three-time recipient of the Queen’s award in 2016, a US Presidential Lifetime Service Award and of South Korea’s Presidential Group Citation, the Church has been dedicated to its mission in spreading the love of God through volunteer activities, such as blood-drive and clean-up activities.