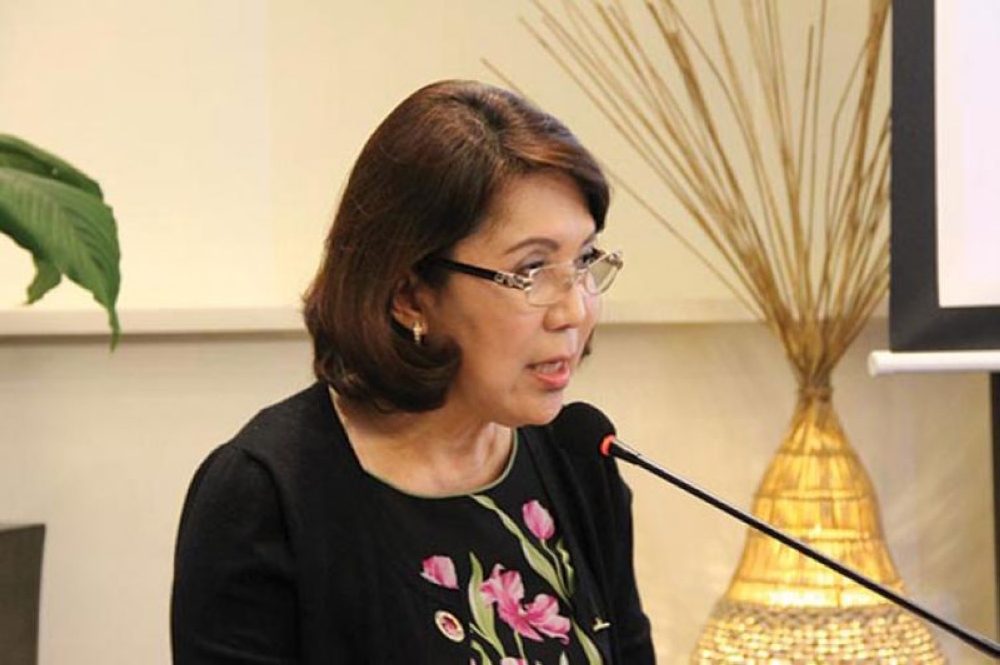 Teo's legal counsel, Ferdinand Topacio, said Teo submitted her resignation before the start of the Cabinet meeting held at Malacañan Palace on Monday, May 7.

"Her letter was personally handed by her to Executive Secretary Salvador Medialdea in the afternoon. Late in the evening, after the Cabinet meeting was when she saw the President to talk to him in private," Topacio said in a statement.

"Her decision to leave her position was made after a long and deliberate reflection and soul-searching with respect to the events that have transpired the past few weeks," he added.

A photo of Teo shaking hands with the President was taken Monday by Special Assistant to the President Christopher Go. Earlier Tuesday, Presidential Spokesperson Harry Roque Jr. said the President and Teo had a “serious, lengthy” talk.

Topacio made it clear that there was "no demand" from the President for Teo to resign, stressing that the Tourism chief's decision to quit her post "was purely of her own volition."

"Secretary Teo reiterates that she has done no wrongdoing , and that all the dealings of the DOT went through all legal processes, were above-board and done in good faith, and with total absence of malice," he said.

"Secretary Teo also says that she is honored and privileged to have served as Secretary of Tourism under the Duterte Administration, where she has done her level best to discharge her duty to promote tourism both domestically and internationally,” he added.

Just a few hours before Teo reportedly submitted her resignation, Topacio announced that the Tourism chief’s brother Ben intended to return the P60-million payment from PTV for the DOT ads aired on his “Kilos Pronto” program.

Topacio also announced that the DOT secretary’s husband, Roberto Teo, had resigned as member of the board of directors of the Tourism Infrastructure and Enterprise Zone Authority (Tieza), DOT’s infrastructure arm.

Bitag Media, which is owned by Ben Tulfo, is a blocktimer of PTV that runs Kilos Pronto, which is hosted by the Tulfo brothers Ben and Erwin. They are the Tourism chief's brothers.

Teo has also been accused of conflict of interest and nepotism because of her husband’s position at Tieza.

In a press conference, Presidential Spokesperson Harry Roque Jr. said he could not confirm Teo's resignation.

"I have not seen the letter. I have not gotten confirmation from the Executive Secretary so I still cannot confirm,” he said. (SunStar Philippines)