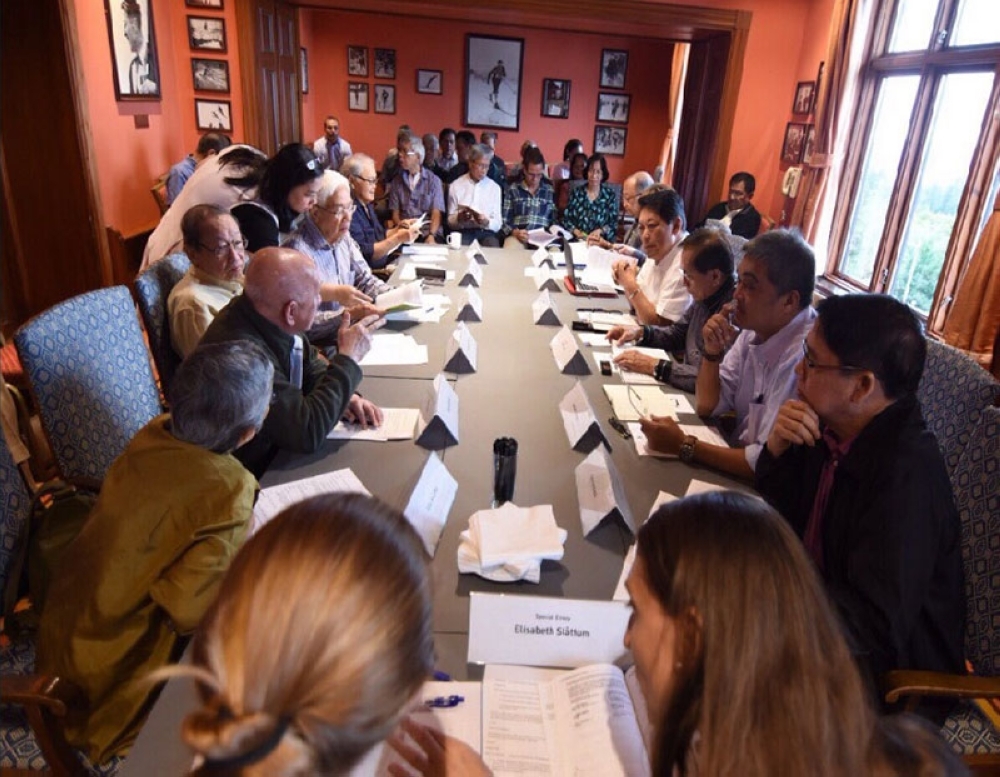 NORWAY. In this file photo, members of the government negotiating panel meet with the National Democratic Front of the Philippines in Oslo, Norway. (Photo courtesy of OPAPP)

THE government and the communists have begun back-channel negotiations in an effort to revive the peace dialogue that President Rodrigo Duterte scrapped in November 2017.

On the sidelines of the Cabinet meeting held Monday, May 7, President Rodrigo Duterte was informed about the back-channel talks that are now taking place in Europe, Presidential Adviser on Peace Process Jesus Dureza said Tuesday, May 8.

"Our team is now in Europe and we are informed that there are initial positive results so far," Dureza said in a statement.

This developed a month after Duterte bared his plan to once again open the government's doors to the possible resumption of talks with the communist group.

The President on November 23, 2017 inked Proclamation 360, formally terminating the peace talks with the communists's political wing, the National Democratic Front of the Philippines (NDFP), following the series of attacks by its armed component, the New People Army (NPA), against the government troops.

On April 3, Duterte expressed his openness to resume the peace dialogue, on conditions that the NPA insurgents stop violence and extortion activities.

The President on April 22 also announced that he had set a 60-day time frame for the possible revival of peace negotiations with the NDFP panel.

Both Dureza and Bello likewise told the President that his directives are being relayed "across the table" and are now the subject of discussions in the ongoing meetings.

"We are doing our best to meet the deadline set by the President about the resumption of talks within 60 days," he said, adding that the government panel would return home soon to "personally brief the President of the outcomes." (SunStar Philippines)