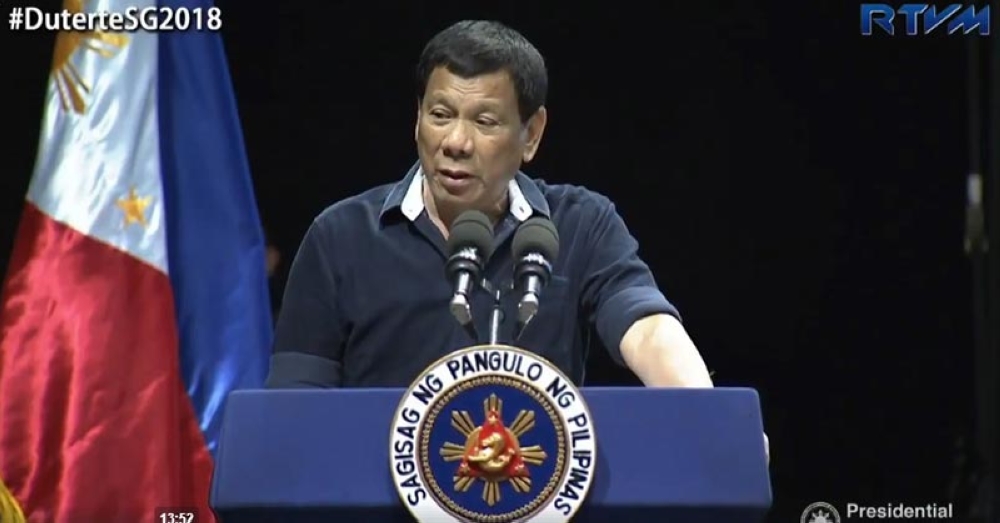 MALACAÑANG on Tuesday, May 8, was unfazed by the plan of Magdalo party-list Representative Gary Alejano to file a new impeachment complaint against President Rodrigo Duterte.

Speaking to Palace reporters, Presidential Spokesperson Harry Roque Jr. said he was confident that the impeachment case that would be lodged against the President would not prosper, as he believed that Alejano would not get support from other members of the House of Representatives.

Roque's statement was in response to Alejano's pronouncement that he plans to file a fresh impeachment complaint against Duterte, citing the President's supposed inaction over issues concerning the disputed South Cina Sea.

"He already filed an impeachment complaint against the President before. That's his right," Roque said.

"But for me, he will not get any support because the impeachment (complaint) that he will file has no legal basis," he added.

Alejano, a staunch critic of Duterte, divulged earlier Tuesday that his group was already discussing the possible filing of impeachment case against the President.

His statement came in the wake of China's reported deployment of anti-ship cruise missiles and surface-to-air missiles on Fiery Cross (Kagitingan) Reef, Subi (Zamora) Reef, and Mischief (Panganiban) Reef in the Spratly Islands.

The opposition lawmaker said Duterte's failure to act on China's activities in the disputed waters could be considered as an act of treason, a valid basis to remove the President from office.

Roque, however, maintained that the President should not be blamed over China's continuing militarization of its artificial islands in the South China Sea.

"He (Alejano) should instead go after those individuals who allowed the construction of artificial islands during the time of the (past) administration that he's allied with," the Palace official said.

"Those islands were completely built when he (Duterte) assumed office. Okay, the missiles were placed there. But in the first place, those [missile weapons] would have not been put up, had those islands not exist," he added.

This is not the first time Alejano sought Duterte's removal from office.

In March 2017, he filed two impeachment complaints against the President for his alleged role in state-sanctioned killings attributed to his anti-narcotics war and supposed failure to invoke the country’s sovereign rights over the disputed South China Sea and Philippine Rise (Benham Rise).

The House justice panel, however, junked the impeachment complaints in May last year. (SunStar Philippines)