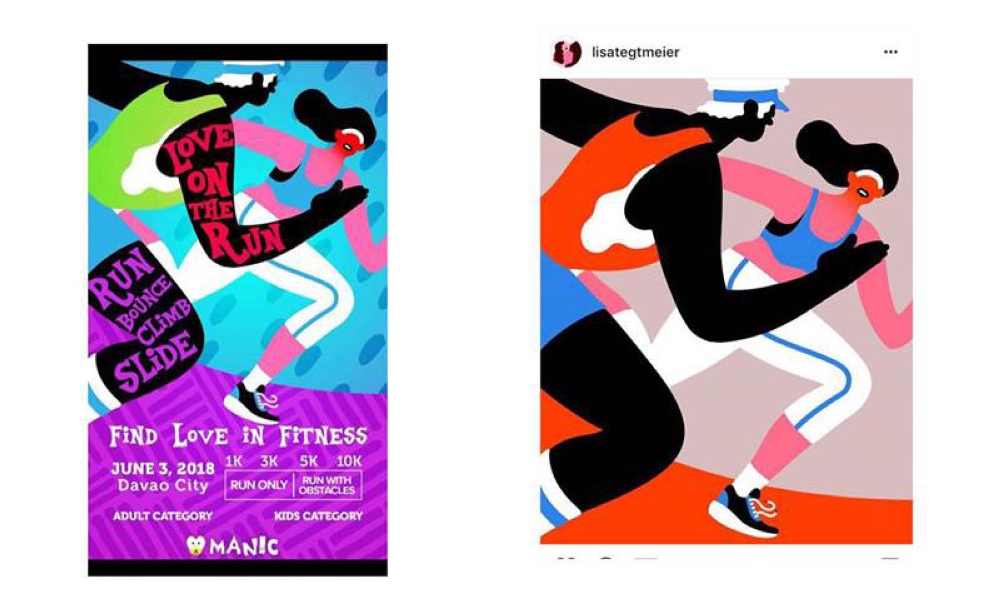 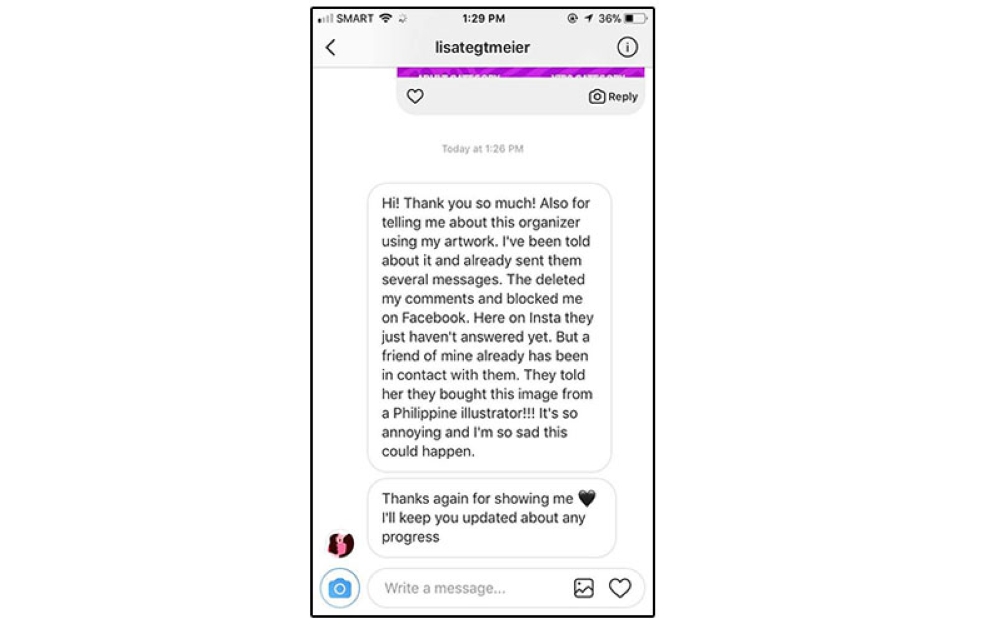 THERE would not be huge party events in Davao City if not for her but recently on social media, Kat Dalisay was called out by local artists who were screaming for credits on artworks allegedly used without permission and were allegedly unpaid.

Juliana Hellmuth, a budding designer first posted photos of the original artworks comparing it to the ones Kat Dalisay, the woman behind Manic Nightnings, is using for her promotional materials for her events.

The one Hellmuth raised was from a Carte Blanche event in 2013, a digital art of a lion which looked similar to Chris Saunders' art posted on his Facebook Page.

Along with it was another poster for a fun run event this June 2018 which Hellmuth collaged in one frame with Lisa Tegtmeier's digital art, which also looked the same.

The post was captioned with "chismis" and went viral among the local art groups in Davao City. As soon as it came to Kat Dalisay's know, she responded with a screencap saying she actually informed Saunders and he replied, "You only have my permission if it is nonprofit and if you give me credit on the flyer. I will need to approve the final [layout] before it goes to print".

The case of the Carte Blanche issue has been cleared through that response but Hellmuth came up with another screencap, an Instagram conversation with the other artist Tegtmeier, who said, "...A friend of mine already contacted them but they told her they bought this image from a Philippine illustrator! It's so annoying and I'm sad this could happen."

Dalisay and Hellmuth had a rally of screencaps posted online defending both of their claims but these were deleted late Tuesday afternoon.

The event organizer explained further that she actually paid a local graphic designer to do the layout for her posters and tickets but she was not informed it was lifted from another artist's website.

Photographer Augustine Paredes and artist Angely Chi also came to Hellmuth's defense saying that there was no bullying in the situation as insisted by Dalisay. Paredes said, "Wherever you are looking at, you are the one who stole the artwork from an artist. You are the one who is wrong. And we are just calling you out.”

Chi, on the other hand, expressed, "Although they have a agreement with the artist sa Carte Blanche artwork, the artist should still have been paid. They raised huge amount from the fundraising. As event organizers, they should have budget for the collaterals, and the operations."

However, Dalisay made her statement that she paid the local graphic artist and did not make any more comments regarding the issue.