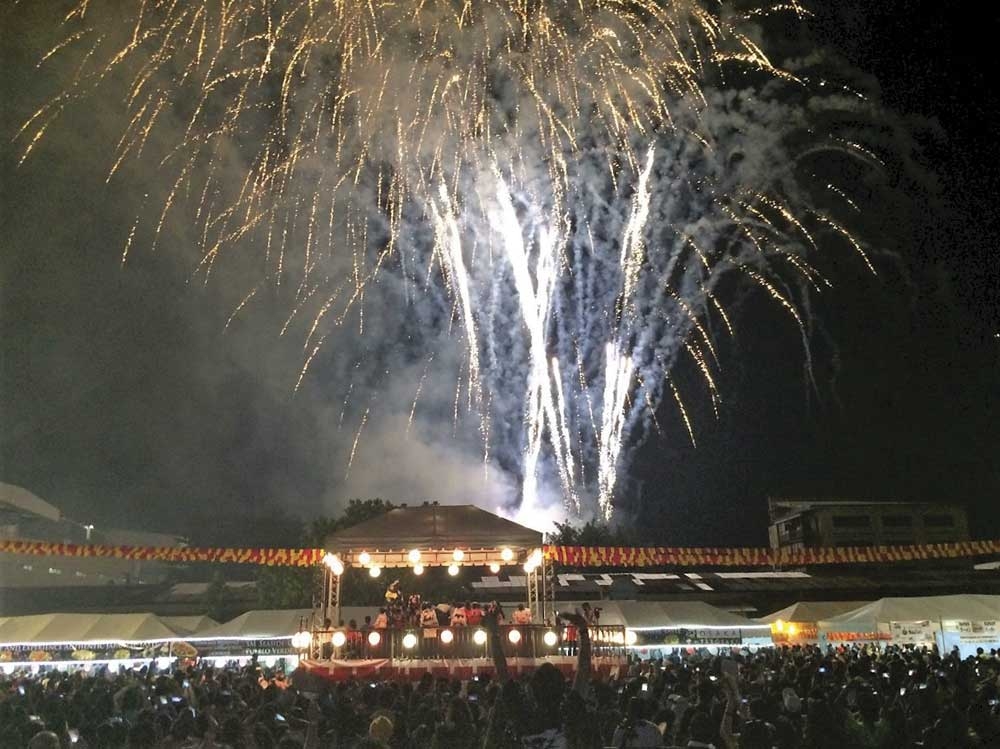 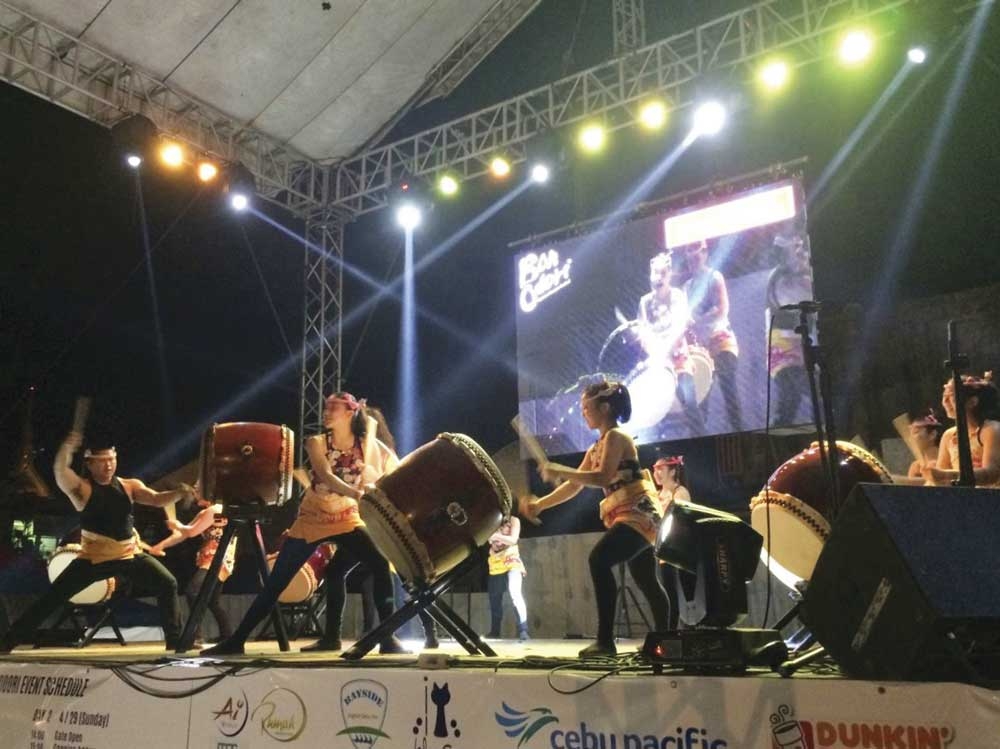 COLORING the weekend with the richness of Japanese culture was the Bon Odori Summer Festival last April 28 and 29.

A few steps past those booths would lead guests to more exhibitors offering authentic Japanese experiences and services to try out. One booth had an artist intricately demonstrating the decoration of Mochi desserts and teaching customers how to properly eat them. People were also given the chance to sip and taste the flavors of real matcha tea flown in from Japan and prepared in front of them.

Other booths had Japanese calligraphers offering to translate people’s names and immortalize their Japanese name on a board paper, all stamped with their logo and ready to be framed and hung up on a wall.

Outnumbering the services were food booths that sold various Japanese goodies such as takoyaki, onigiri, mochi, sushi and ramen (for a jaw-dropping price of only P60 a cup)—among many others.

To top it all off, another section of the field had a stage set up where everyone could witness the exciting program of the two-day celebration which included Mugenjin-Japanese Samurai, Ayumi Oozora-Enka-Karaoke Contest, HPN3-Japanese Comedians, a cosplay contest, Yosakoi and Dance Sports, Wako Daiko-Japanese Drums, Fire Bandit-Fire Dance, Karate and Kendo demonstrations, Rice-pounding, a yukata contest, Bujin Sohran Dragon-Power Rangers, the Bon Odori dance and fireworks.

Kinue Sakurai, president of the Japanese Association of Cebu Inc., also explained that the event was not only a celebration but an avenue to spread awareness on various issues.

“Our Bon Odori is not just for festivities. We also wish to show our concern for environmental issues. We have an Eco Art booth and Eco Booth working together with the Cebu City Environment and Natural Resources Office and the Mandaue City Environment and Natural Resources Office,” she said. Sakurai added that the Japanese performers also conducted charity activities for the fire victims in Mandaue City.