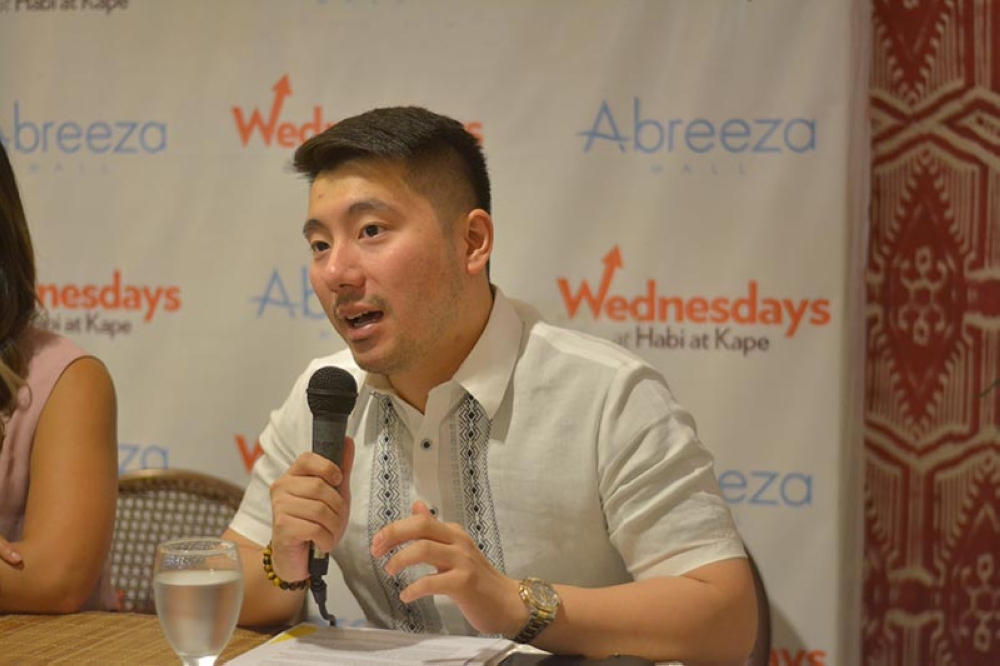 DAVAO. Worldbex Services International marketing director Jon Richmond Ang said with the booming construction industry in Mindanao, there will also be an expected flourishing of the interior design industry in Davao City as well. (Marie Katelynn A. Cabalcar, NDDU intern)

THE Build, Build, Build program of the Duterte administration had taken its early effect through high demand of construction-related jobs and the development of industries that were previously seen as luxurious but are now being improved and given attention like the interior design industry.

Starting Thursday, May 10 until May 13, the 4th Philippine Building and Construction Expo (Philbex) and the 2nd Travel and Leisure Expo (Tlex) will be happening at SMX Convention Center, SM Lanang Premier.

This is an event organized by Worldbex Services International.

For the first time since Philbex had been conducted here in Davao City, Ang said they are bringing together representatives from five Visayas and Mindanao (VisMin) chapters of the Philippine Institute of Interior Designers (PIID).

“We’re bringing in five of the best interior designers in VisMin because we feel the need for a more solid PIID here in VisMin. This is because interior design will be a booming industry in Mindanao followed by the current booming economy here as well.

We would have wanted to bring in those from Luzon chapter but we decided to bring first those from VisMin as we know they have a different market as compared to those from Luzon,” Ang said during the Habi at Kape press conference at Abreeza Ayala Malls, Wednesday, May 9.

He also said these interior designer guests will be sharing their expertise to the participants in the hope of helping further improve the interior design here in Mindanao.

Ang added one of the objectives of the interior design component of the expo is to improve the negative impression of the people towards interior design that it is expensive and for beautification purposes only.

Two of the most highlighted topics that will be discussed are the “Design-for-all-concept” which will basically introduce the inclusivity of interior design to everyone, and the Illegal Practitioner’s Act.

Discussion of this topic is hoped to bring in awareness to more people that such as an act exists and that it is punishable by law.

This year, according to Ang, there had been four foreign companies from Singapore, China, Taiwan, and Vietnam that have confirmed expo booths in the event. These companies are into construction and building and finishing materials.

“For this year’s Philbex, we are looking into more innovations, more products, mix of products – from big to small. Basically, we want this expo to seem like a one-stop shop for everyone interested,” Ang said. (JPA)