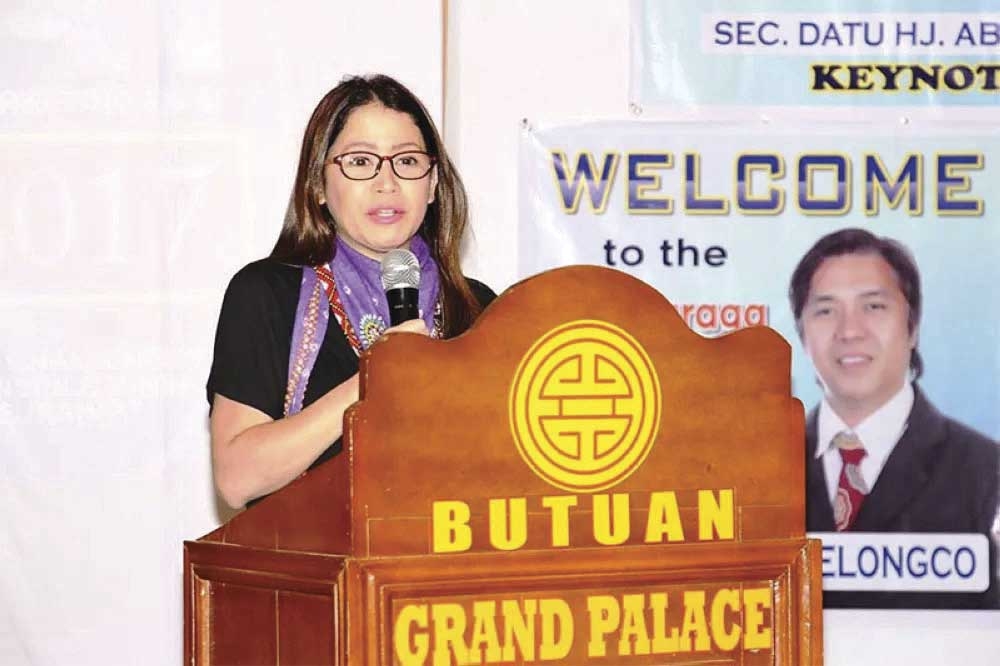 TOURISM stakeholders are eager to meet with the new tourism chief and discuss their plans for Cebu.

Members of the Hotel, Resort and Restaurant Association of Cebu (HRRAC) are eager to meet with the new tourism chief to discuss with her the private sector’s planned programs to boost the province’s tourism industry.

“We are looking forward to meet the new DOT secretary and work with her to boost arrivals of Cebu,” said HRRAC president Carlo Suarez.

Romulo-Puyat has been agriculture undersecretary for administration, agribusiness and marketing, and regional engagement since July 2017.

She is the daughter of Alberto Romulo and Rosie Lovely Tecson-Romulo. Her father served as senator during the administrations of President Corazon Aquino and President Fidel V. Ramos.

The new DOT chief also previously served as an undersecretary for special concerns at the Department of Agriculture during the Aquino administration and served as a consultant at the Presidential Management Staff under the Arroyo administration.

“We see positive expectations. We are looking forward for all association heads to meet her and update her on their business concerns,” said tourism advocate and capitalist Consul Robert Lim Joseph, who added he wants the new secretary to closely review the Madrid Fusion project of the DOT.

“I’m not really familiar with her capabilities but I hope she’ll do a better job,” said tourism advocate Jonathan Jay Aldeguer, adding that the country cannot afford to have further setbacks in the agency.

“The travel industry worldwide is thriving but is highly competitive and very volatile. We hope the new leadership understands the dynamics of the industry and gets our country back on track to becoming a formidable destination in the region,” he said in a text message yesterday.

Aldeguer said he hopes the new leadership in the agency will have a stronger impact on the industry. He said on top of the agenda should be the state of Boracay Island, which is closed for six months for rehabilitation.

“We cannot afford to keep our highest-profile island closed for a long time. Also, a perennial problem is infrastructure,” said Aldeguer. “We hope the DOT reinforces the ‘Build, Build, Build’ program of the administration.”

Stanley Go, president of Mandaue Chamber of Commerce and Industry (MCCI), suggests the new leader of the DOT should emphasize making the journey of tourists to the country “fun, convenient, and memorable.”

Go said the country needs to push for a total experience so that when tourists go back to their countries, they share nothing but good memories of their visit and influence others to consider the Philippines.