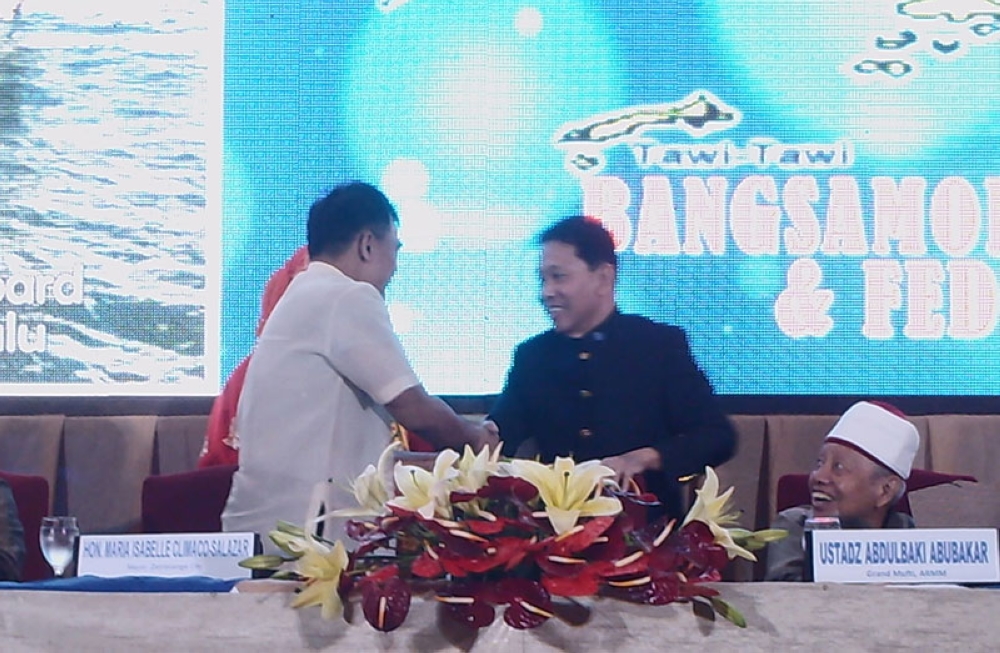 THE Sultanate of Sulu and the multi-sectoral groups of the Bangsa Sug has agreed in a consensus on Wednesday to push for the revision of certain provisions on the proposed Bangsamoro Basic Law (BBL).

The Bangsa Sug refers to the inhabitants of the provinces of Basilan, Sulu and Tawi-Tawi as well as certain areas in Zamboanga Peninsula.

The consensus, which was held at a local hotel on Wednesday afternoon, May 9, was initiated by Datu Shahbandar Abdusakur Tan, the special envoy of the Royal Council of the Sulu Sultanate.

The consensus was attended by more than 2,000 people coming from the different sectors of the Bangsa Sug, the religious leaders, academe, youth, women, and business.

Tan said one of the provisions in the proposed BBL they wanted to be revised is Section 2 of Article III which states “the present geographical area of the Autonomous Region in Muslim Mindanao (ARMM)” as automatic parts of the “Core Territory” of the Bangsamoro.

Tan said each of the provinces in the present set up of ARMM should be given the right to freely choose whether they will join the new Bangsamoro region or not.

“It’s not actually opt-out or opt-in. We just want a choice, let the people choose whether to opt-in or opt-out of the (new) Bangsamoro Region,” he explained.

This (revision) is not actually against the Bangsamoro, it’s just that we want certain provisions on the proposed BBL to be modified to give our people the freedom of choice,” he added.

Part of the position paper of the Bangsa Sug stated that the present proposal of the bill takes for granted that all the five constituent provinces of ARMM favor inclusion in the new Bangsamoro entity.

“This should never be presumed because such presumption destroys the democratic essence of plebiscite. Precisely for the reason that the Bangsamoro entity is new, and is not just an amended version of the ARMM, the consent and/or option of the ARMM constituent provinces should be respected.”

“When the constituent provinces voted for inclusion to the ARMM in past plebiscites, they consented to be included in the ARMM, and not in the Bangsamoro, which is a completely new legal entity. Ratification therefore should be on the basis of the majority votes of each constituent province, and not of the entire geographical area of the present ARMM.”

The other provision they wish to be revised in Section 5 of Article III of the proposed BBL is the renaming of the Sulu Sea to Bangsamoro Waters.

Tan said the Sulu Sea has been historically recognized due to the prominence of the Sulu Sultanate from the 15th to the 20th centuries.

He said they will submit the position paper about their concerns to the legislators and other concerned authorities as well as the President.