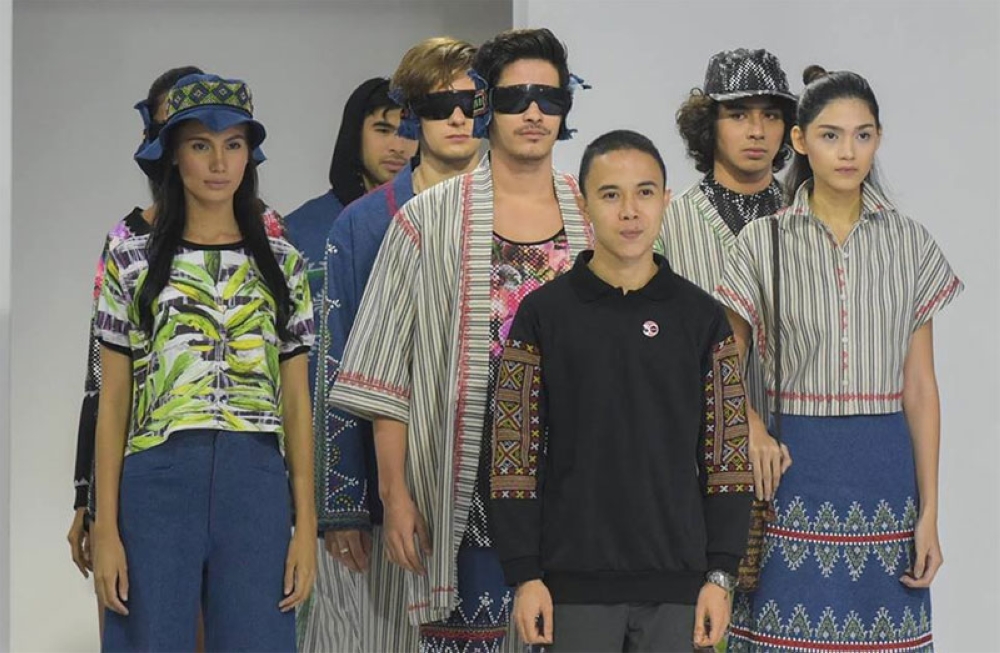 LACK of budget did not stop this budding Dabawenyo fashion creative director/designer from building his own brand, instead, he pushes to establish a business out of hard work, patience and creativity.

Wilson Ninofranco Limon, 25, the designer behind NinoFranco, a rising clothing brand based in Davao City, recounts how he started his fashion brand and emphasized how his friends and family helped him paved his way in the industry.

“I didn’t really have the seed money to start my business, to put up something like this (clothing brand) is very expensive, but somehow I managed to save money out from my little collections,” he shared underscoring he had his first collection from several solicitations from friends and family.

His debut collection “Mandala” was for Fashion Institute of Design and Arts. But his first grand show was in Philippine Women’s College dubbed as Manata (Manobo, Manama and Tana), a collection that reflected the rich culture of the Bagobo Tagabawa using technology in contemporary ensemble.

Wilson is a graduate of Fashion Design at the PWC.

His first love was medicine, he considers architecture and culinary but never fashion. However, fate has done its work and, as they say, the rest was history.

For someone who entered the fashion school without even knowing how to do proper sketching but ended up with flying colors, there is no denying that Wilson has a gift in fashion design.

He admitted that his fashion-inclined business was unplanned.

“I never really planned for it. I was just creating a design, had a collection, post some of it in my social media accounts and surprisingly a lot of people want to buy my works, that was the beginning of it,” he shared.

After his Manata show, the young fashion player joined Stellar, a Mindanao-wide fashion and design competition where he was hailed as the winner.

The competition, for him, was a major turning point of his life. He met co-designers for whom she worked with to pursue a career in the industry and used the cash prize from the competition to build his own brand.

“I met Marga Nograles of Kaayo, I worked for her brand’s first collection. That time, I had my existing designs but I sold it to her because I wasn’t ready yet to start my own business. I was able to save out from our collaboration which is still ongoing until now. From there, I started my own brand,” he said.

In between his journey of marking a name in the industry, Wilson thought of quitting and applied for an established global fashion brand.

He was closed to being hired but when the company asked him to stop his own brand and totally work for them, it sparked a realization for him: his brand is not worth sacrificing over the job.

Back in college, his thesis focused on reinventing the traditional garment of the Bagobo Tagabawa tribe.

“After that collection, I was inspired by them, I realized that Mindanao’s culture is rich and alive. I was inspired to create something contemporary. As a fashion designer/director I think of something wearable and saleable, something people can relate, thus the Manata collections,” he said.

Going beyond, his interest in highlighting Mindanao tribes in his collections blossomed.

“With my works, I want to help them, I think I can do a lot through my brand. So, I worked with them,” Wilson said adding he established a team from the T’boli tribe in Lake Sebu for embroidery, something different from his digitally printed collections.

Sharing his thoughts on heritage and cultural fashion, Wilson said, partnering with ethno linguistic groups should be founded with deep respect.

Recently, Wilson narrated that when they went to Malungon, Sarangani for his upcoming collection inspired from the Tagakaolo tribe, he personally experienced a ritual of partnership with the tribe leaders.

While most considered him as a designer, Wilson wants to draw the line by identifying himself more of a creative director.

“I don’t want to brag myself as a designer, I am more of a creative director because designers are the tribes, I get the patterns from them, these are existing patterns I am just reinventing it,” he said.

In his journey as a fashion designer and director, Wilson maintained a reputation of creating and/or reinventing designs that depict much respect and love in presenting and preserving his beloved ethnic roots.

There is still a long road to take but with Wilson’s brand of love and respect for fashion and culture, it is but just to say he’s taking the right path towards his dreams.