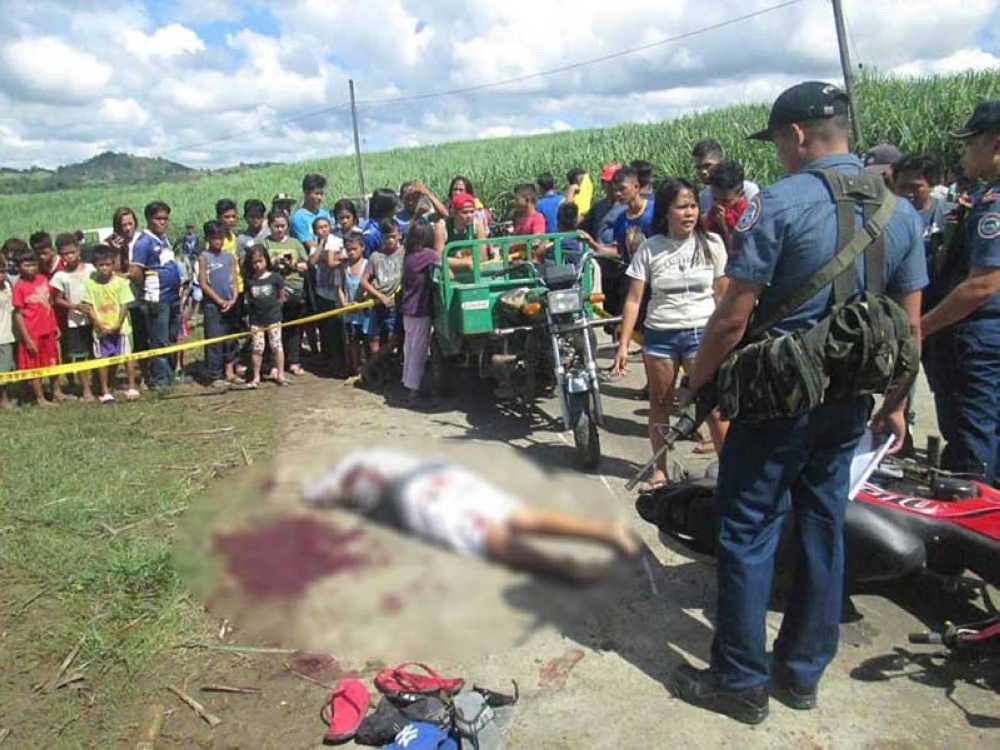 AN alleged intelligence asset of the Philippine Army died while his companion was seriously wounded when suspected members of Special Partisan Unit (Sparu) of the New People's Army (NPA) reportedly ambushed them at Barangay San Isidro in Toboso, Negros Occidental on Thursday morning, May 10.

Killed was Lusan Ledama, 66, while wounded was Jose Villagante, 67.

Senior Inspector Edgar Tonico of Toboso Municipal Police Station, said Ledama and his friend Villagante were riding a motorcycle bound to Escalante City when about 10 to 12 armed men blocked their way and fired at them around 8:30 a.m.

“The victims were on their way to work in the neighboring city, where Ledama worked as a farm supervisor in a hacienda, when the incident happened,” Tonico said.

Aside from the 12 armed men, police believed that the area was surrounded by more than 20 others to block the responding authorities.

Tonico said Ledama's death was probably triggered by revenge when he started to serve as an informant of the military, adding that the victim had received death threats.

According to Ledama’s family, the victim was also a former member of the Civilian Armed Forces Geographical Unit (Cafgu).

Tonico said they are also looking for other possible angles but he clarified it was not election-related.

He said they have names of the perpetrators responsible for the said incident but the investigation is still ongoing.