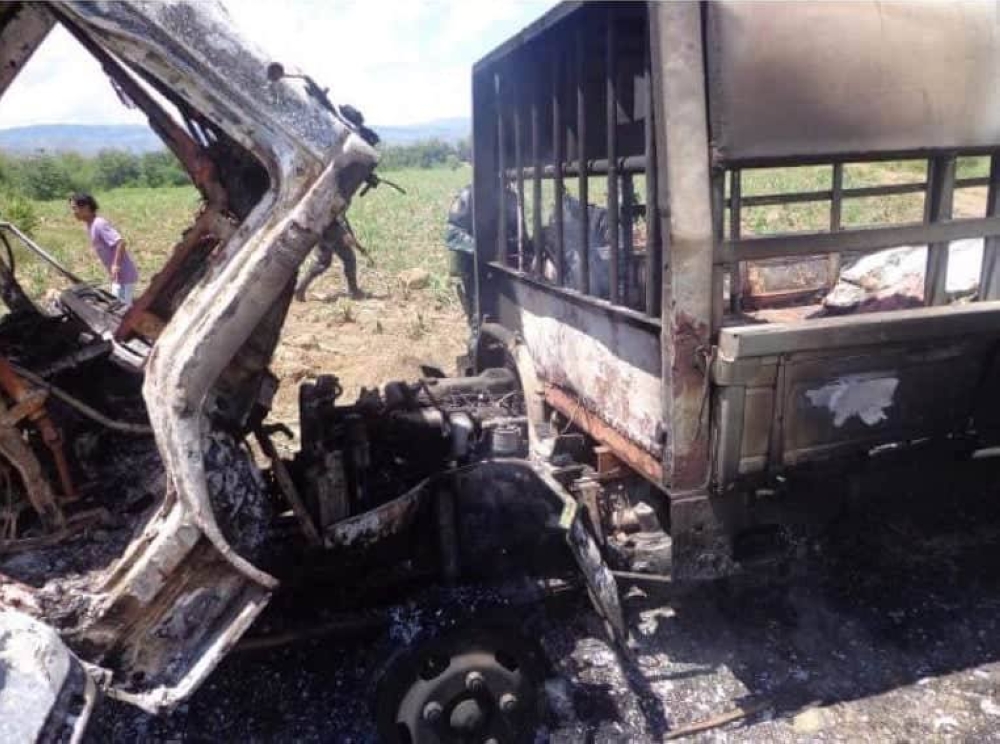 Police records showed that overseer Ignacio Ogatis reported to the authorities that five unidentified armed men arrived at the area around 8 a.m. while they were unloading the fertilizers from the truck that was parked at the hacienda road.

The armed men told them "indi kamo magpasilabot kay NPA ni" (Do not intervene because we are NPA).

The perpetrators then took their firearms and fired at the truck's fuel tank.

They then poured gasoline and set it on fire.

They left the workers unharmed and fled towards neighboring La Castellana town.

Police recovered from the scene a fired cartridge of .45 caliber pistol, and a slug of .9mm caliber.

The fire destroyed an estimated P800,000 worth of damage.

On May 7, about 10 to 20 armed men also burned the backhoe and other heavy equipment as well as bunkhouse of the National Irrigation Administration (NIA) at Sitio Tagbak, Barangay Tan-awan, Kabankalan City.

Two days after the incident, the Mount Cansermon Command (MCC) owned up the incident, claiming that their action was a symbol of strong opposition against the construction of the dam, a government project of NIA in the city since it affected the livelihood of the residents.

They said that the project also causes danger to the residents in the area crossing the Hilabangan River. (GYM)