Seares: The follow-up: neglecting or misusing a journalism tool 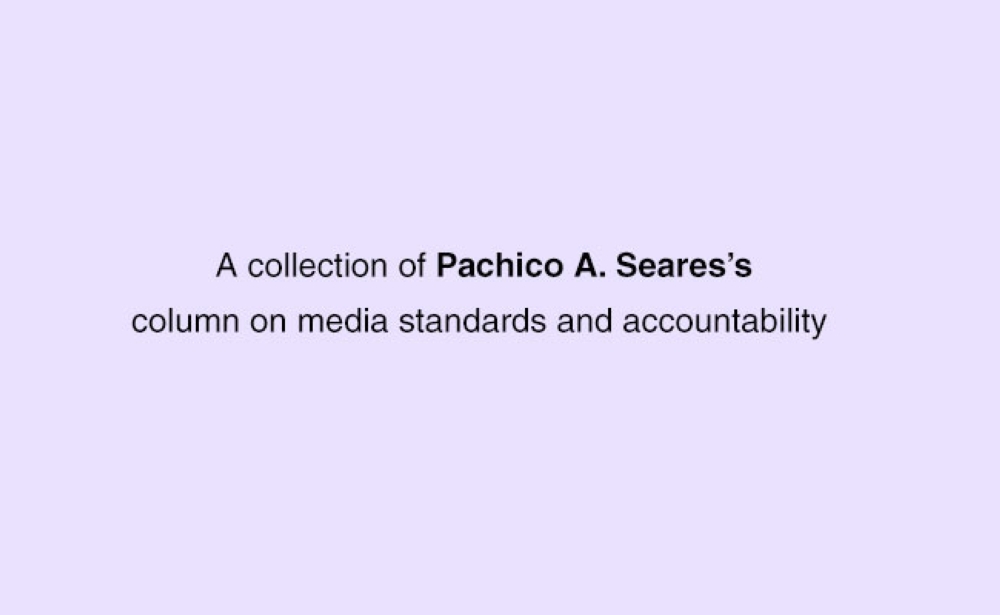 IT’S a journalism jargon that news consumers understand: the story or feature that follows the reporting of an event. The follow-up may be the second-day, third-day and so-forth piece on the same or related subject.

It’s often neglected -- unused or misused. A pity since it serves purposes other than giving an update on the story or what they call “continuity”; satisfying readers’ curiosity (the “abangan” syndrome); or filling the gaps in the previous stories.

More than that, it provides the newspaper or broadcast station the chance:

* To change focus on the story when editors got it wrong the first time, without formally acknowledging the error;

* To add balance when it failed to do so when it broke the story; and.

* To tie knots and sort out contradictions and help settle hanging issues.

Most editors want to use the follow-up but cannot do so more extensively than they want or need. News organizations have limited resources: few reporters and harshly demanding deadlines. And other breaking stories, bigger or more interesting, which distract coverage because audience attention also shifts to the fresh event or issue.

The good thing about the follow-up is that it can be used anytime. All it requires is a “peg” -- something that just happens or is done -- on which it can hang. An anniversary of a tragedy, controversy or scandal is often an excuse for resurrecting the story, reporting on its status or revisiting the disputed issues.

Many people hate the incomplete picture or the solved puzzle that lacks a few pieces. In the random survey that I used to ask a U.P. journalism class to do almost every year, the list of media consumers’ complaints against newspapers and broadcast stations always included this: “lack of a follow-up.”

The promise of “abangan” is often not met.

THE news coverage that amply exemplifies an alleged failure of media to follow up is that of the so-called “bomb” hoax reported by Facebook “news site” Cebu Flash Report (CFR).

Last July 4, 2017, CFR reported that a bomb was placed near a store in Basak, Lapu-Lapu City. It was not true; the “bomb” turned out to be a cassette recorder. The panic caused by the “story,” resulting in deployment of police, led to a clamor to sue those managing the website.

Three regional police agencies, including the anti-cybercrime division, and the Lapu-Lapu police were tapped to investigate.

Last thing published about the case: the Lapu-Lapu prosecutor was drafting the complaint which was to be sent to the Lapu-Lapu City Council (the would-be complainant); the police knew who were involved in publishing the false information; Mayor Paz Radaza and other officials wanted the “perps” sued.

Also related to the case were the reports that (1) then region police chief Jose Ma. Espina on Nov. 10, 2017 assured a group of beat reporters that the complaint would be filed; and (2) Presidential Spokesman Harry Roque during a Cebu visit last May 10 assured the same group of beat reporters he’d inquire from then PNP chief Ronald de la Rosa why police had not filed the complaint against CFR.

There are specific sources where the followup reporting may be made: the Lapu-Lapu prosecutor, the city police, the mayor’s office and the City Council. There must be documents that can tell reporters why the complaint has not been filed and, if it’s already filed, as a CFR post said they had appeared before prosecutors, what’s stalling the case.

An interesting aspect of the case is whether Presidential Decree 1727 or the Bomb Joke Law would apply to the CFR incident. There’s no showing in the CFR report that there was “wilfull dissemination” or “malicious threat” to kill, injure or destroy property with a bomb.

THE DAY-AFTER MATERIAL ON SERENO OUSTER

Facts and issues usually not tackled on the first day of the Sereno story and may take days of follow-up in news and opinion:

* How the majority opinion of eight justifies use of “quo warranto” instead of the impeachment and trial process;

* How it cushions itself against expected backlash for enabling political power to terminate a Supreme Court chief justice’s tenure;

* How the dissenting opinion of six presents its position and assaults arguments of the majority ruling.

Consequences of the ruling, notably the feared constitutional crisis and distrust of the public in the Supreme Court.