Editorial: Another look at vote-buying 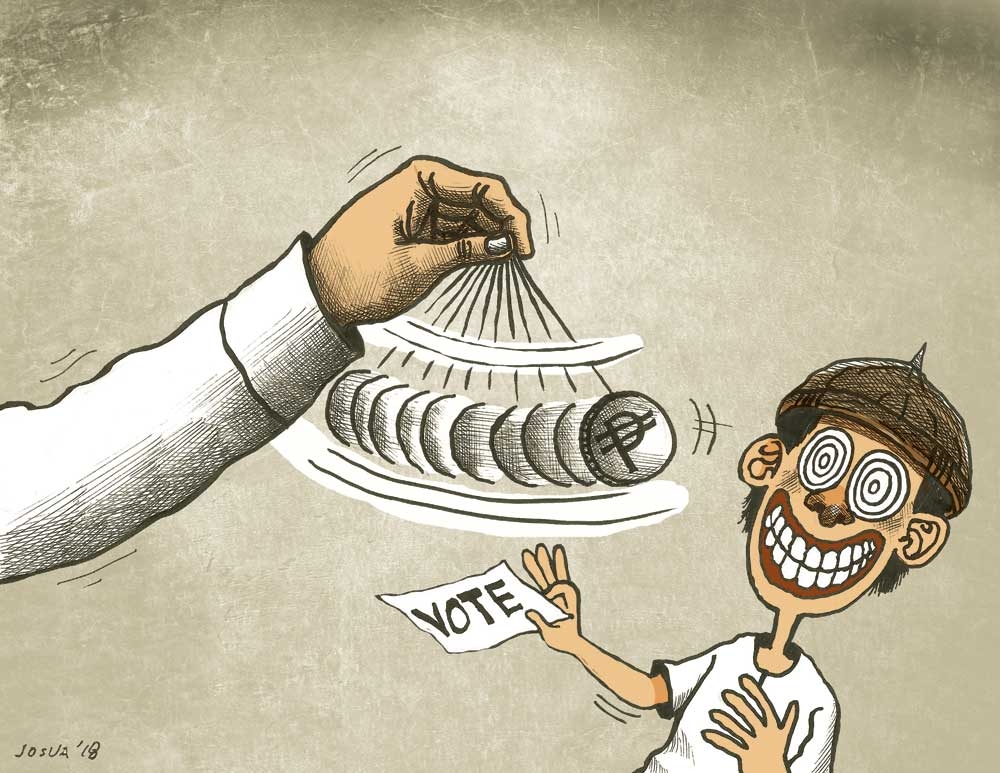 AFTER confusion in locating precincts, the second most common complaint in last Monday’s village and youth council election involved vote-buying. Several voters reached out via our official Facebook page to share photos of envelopes stuffed with sample ballots and cash.

When we told them that the Commission on Elections (Comelec) could not act on the matter unless they filed a complaint, one reader asked: Is there nothing we can do?

In the matter of expecting cases to be filed against dishonest candidates, it would be irrational to expect the Comelec to go after these persons on the basis of anecdata; just as irrational as placing the burden of fighting vote-buying and vote-selling on Comelec’s shoulders alone. But there are options.

The police are key actors. Last Sunday night, a police team arrested in Bantayan town seven men who not only violated the gun ban by carrying a loaded shotgun, but also had at least 17 envelopes filled with bills and sample ballots.

One other thing the police can do is set up checkpoints near the base where ward leaders of local politicians are expected to report in the final days before Election Day, to draw cash for distribution to their supporters. But to do that effectively and fairly, the police would have to ensure they have enough courageous and honest officers to take that assignment and, second, they would have to apply the same preventive measure to all political camps.

In the 2013 elections, the Comelec attempted to limit cash withdrawals to P100,000 and prevent the transportation of amounts beyond P500,000 in the last week before Election Day, as one experiment in preventing vote-buying. But the central bank objected to Comelec Resolution 9688 and the Supreme Court stopped its implementation three days before the polls.

In less dramatic fashion, groups like Dilaab Foundation and C-CIMPEL have campaigned against vote-selling. What will probably help is information from them about how well these campaigns have worked in the communities where the campaign ran, and how these can be replicated. A priest once said that reminders to vote according to one’s conscience, even if one has accepted the cash, are a sign of progress.

It’s a familiar puzzle with every election season: why is the threat of a prison term that could last from one to six years not enough to deter vote-buying or selling? Are our moral compasses so out of whack? The political scientists Bruce de Mesquita and Alastair Smith offered this observation, among others: “Bribing voters works far better at the bloc level.” To prevent it, efforts ought to target not the individual voter’s conscience, but the community figures or influencers who run the nefarious operation.