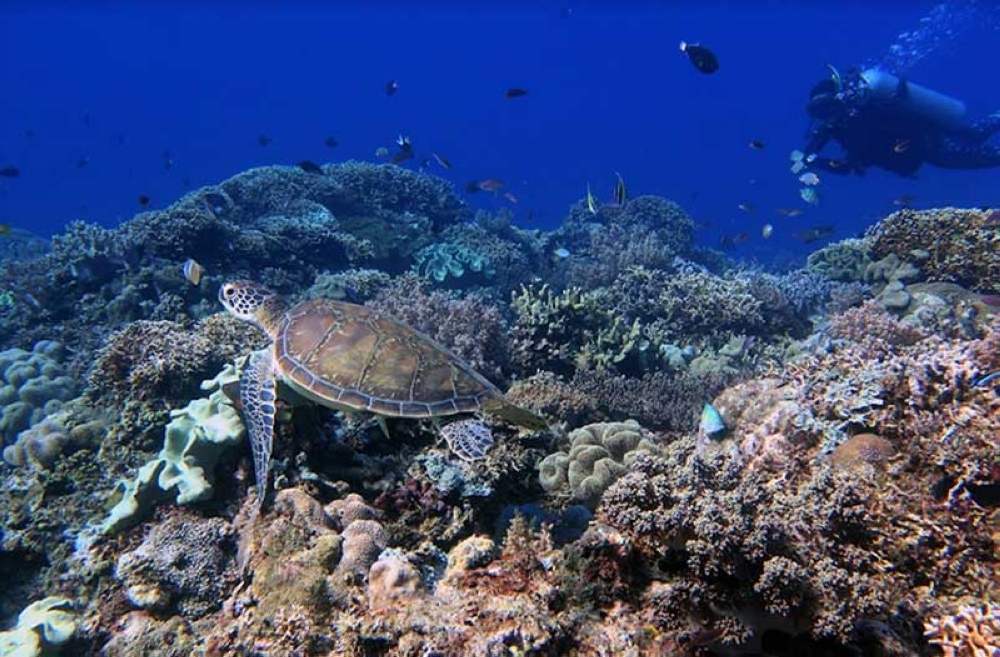 A sea turtle enjoys a healthy coral reef at Danjugan Island marine reserve and wildlife sanctuary in Cauayan, Negros Occidental. The Month of the Ocean celebrates marine ecosystems and biodiversity, engaging communities to keep them healthy as our food, air and livelihood depend on them. (Contributed Photo)

The City Environment Management Office (Cemo) leads the campaign and urged the social media users to help the city attain the top spot for its second attempt this year.

In 2016, San Carlos made it to the fourth spot as Lovable City, through the same campaign, a release from San Carlos City Information Office said.

This year, together with other cities like Makati and Pasig, San Carlos is one of the 133 cities of 23 countries around the world competing for the spot.

The public is urged to post photos, videos or tweets about what they love in San Carlos City via Instagram or Twitter platforms using the #welovesancarlosph hashtag.

As finalist to the One City Challenge as 2018 Most Lovable and Sustainable City in the world by the World Wildlife Fund (WWF) for Nature, San Carlos City counts on every vote, like, comment or posts with the hashtag #welovesancarlosph.