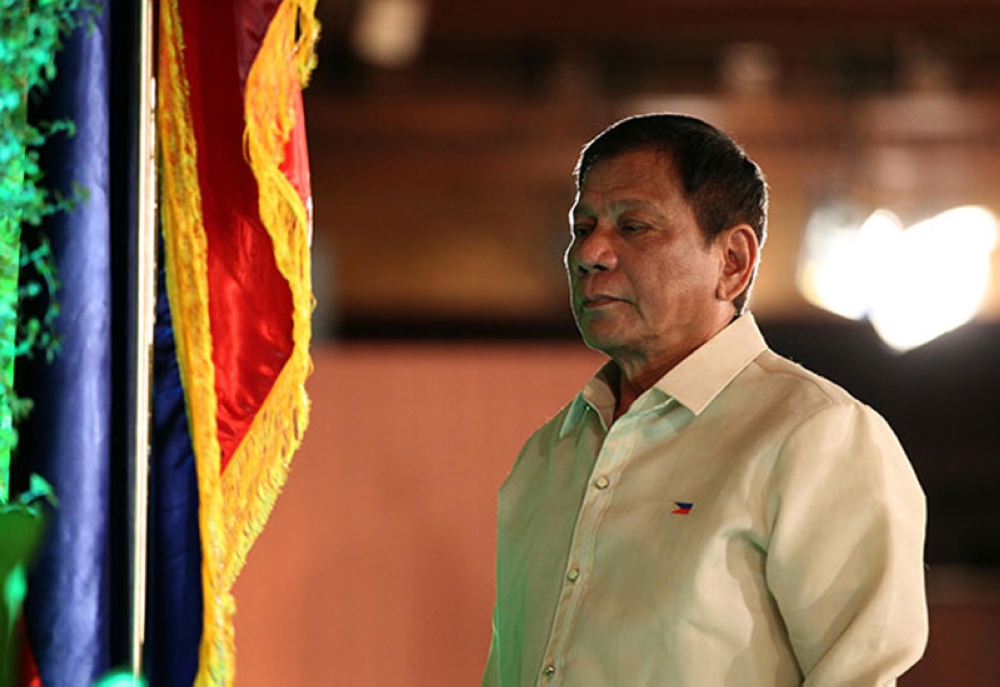 EVEN as he moved to assert Philippine ownership over the Philippine Rise, President Rodrigo Duterte explained why he could not adopt a hard-line stance over the West Philippine Sea (South China Sea).

Duterte, in a speech Tuesday, May 15, on board BRP Davao del Sur to send off about 50 Filipino scientists who will explore the Philippine Rise, said Chinese President Xi Jinping has pledged "not to allow" moves to oust him.

"The assurances of Xi Jinping was very encouraging. (Xi said), 'We will not allow you to be taken out from your office and we will not allow the Philippines to go to the dogs,'" Duterte said.

"Perhaps, because I am (a) freely elected leader, it could be a very justified statement," Duterte added.

Posted by SunStar Philippines on Wednesday, May 16, 2018

Duterte also said he has held off action on the Philippines' territorial dispute with China over the South China Sea upon the advice of Xi.

Duterte said he was told by Xi, whom he described as "the ever cool guy," not to bring up the maritime row "forcefully because there will be a time that we will be discussung it."

The President recalled that he once invoked the Hague-based 2016 ruling with Xi, but the latter advised him to instead "restore" the relationship between the two states.

The Hague ruling refers to the July 12, 2016 decision of the Permanent Court of Arbitration in The Hague, Netherlands which favored the Philippines' petition that sought to invalidate China's sweeping claims to the South China Sea.

Duterte said that if he were to choose between China and the United States, he would pick Beijing as it has expressed willingness to help Manila anytime.

"I'd rather choose China. China will never allow the Philippines to be destroyed. I have thought of it carefully. We cannot do anything against China, might as well make friends with them. And the nearest that could help us if there will be war or killings will be China," the President said.

"And China said, 'We will be there.' I am not sure about Americans, because Americans (have) lost (their) will to fight. Americans are afraid to engage in a battle," he added.

Despite this, Duterte gave assurance that his administration is not ignoring the arbitral ruling that sides the Philippines.

But for now, he said all he could do is to address the sea dispute through a "soft-landing approach."

"Now, the situation is the West Philippine Sea is there. We are not giving up our rights. As a matter of fact, we are still insisting until now to the point that they are now willing... Xi Jinping said, 'We would always find a solution to any problem,'" Duterte said.