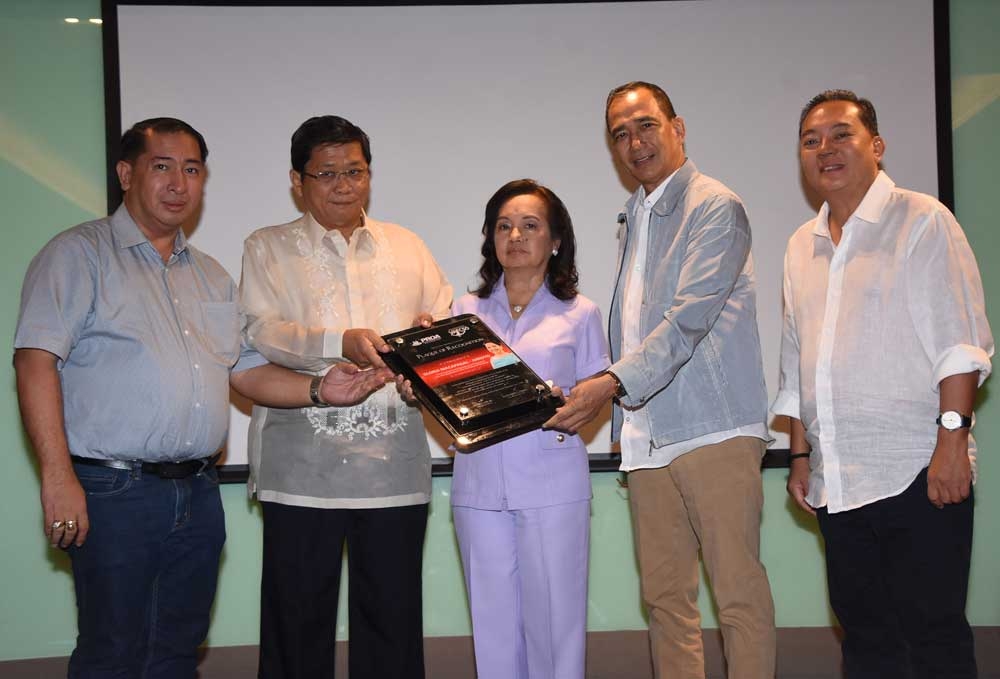 FOR paving the way for faster and cheaper sea transport, former president and incumbent Pampanga Rep. Gloria Macapagal-Arroyo was recognized for her role in implementing the Strong Republic Nautical Highway.

Arroyo received yesterday a plaque of recognition from the Philippine Roro Operations Association (PROA) and the Visayan Association of Ferryboat and Coastwise Service Operators, Inc. (VAFCSO).

Launched on April 12, 2003, the Strong Republic Nautical Highway is a 919-kilometer nautical highway system of ports and roads developed by the Arroyo administration to connect the major islands of Luzon, Visayas and Mindanao.

She was then less than three years into her presidency, which began with the January 2001 ouster of former president Joseph Estrada.

The system has three routes: the Western Nautical Highway, Eastern Nautical Highway and Central Nautical Highway. These cover the provinces and cities of Tagaytay and Batangas City of Region 4-A, Marinduque, Romblon and Oriental Mindoro in Luzon. Also covered are Aklan, Capiz, Guimaras, Iloilo, Negros Occidental, Negros Oriental, Siquijor, Cebu, and Bohol in the Visayas.

Through its establishment, shipping lines plying its routes are able to reduce the usual travel time by 17 hours to different key cities. It also helped enhance the accessibility of prime tourist destinations, and minimize the handling expenses of goods all over the country.

PROA President Lucio Lim Jr. said that the recognition for Congresswoman Arroyo has been “long overdue”, and that the nautical highway made roro ships act like bridges for many islands.

Arroyo, for her part, called the strong nautical highway one of her legacies as president from 2001 to June 2010. “I hope it will be continued by the present administration,” she said. (RTF)