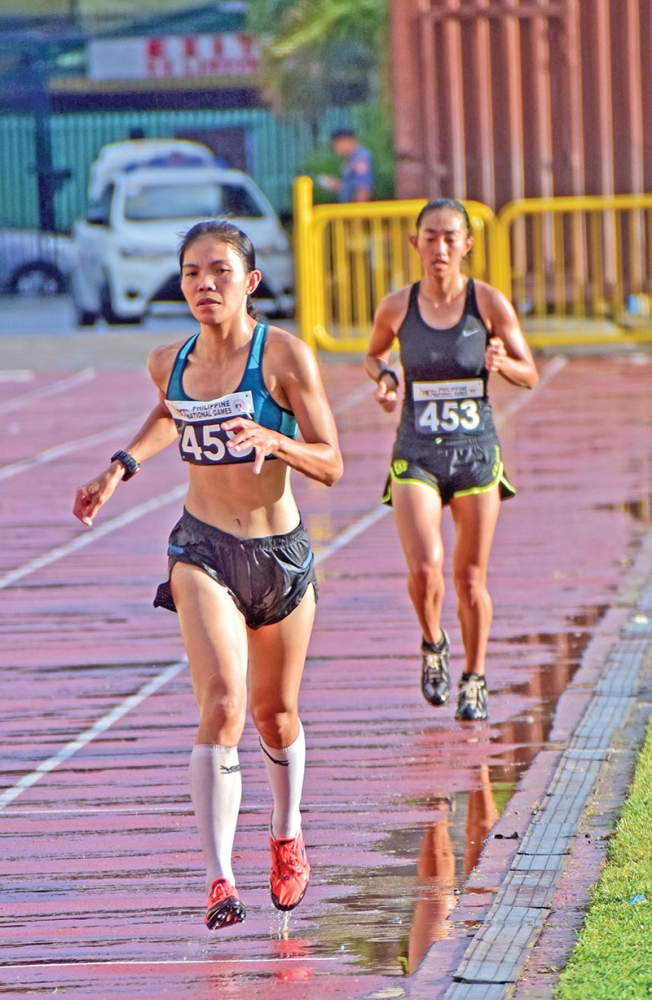 Martes, 38, born in La Trinidad, Benguet, checked in at 40 minutes and 11 seconds to race past Ruffa Sorongon of Cebu City and Sandi Abahan of Baguio City who settled for the silver and bronze, respectively. Sorongon timed 41:16.8 while Abahan finished in 44:31.3.

Martes, who has been teaching kids to run for five years now, last competed for Team Philippines in the Laos SEA Games. She will next compete in the 5,000 meters and 1,500m but she downplayed her chances to sweep all her remaining events.

"I am not sure po kasi naputol ang training ko dahil sa injury ko," she said. She, however, maintained to still compete in her best form as the Games will serve as her tuneup for an upcoming 21-K event in South Korea where she, Sorongon and Rio Olympian Mary Joy Tabal are also seeing action.