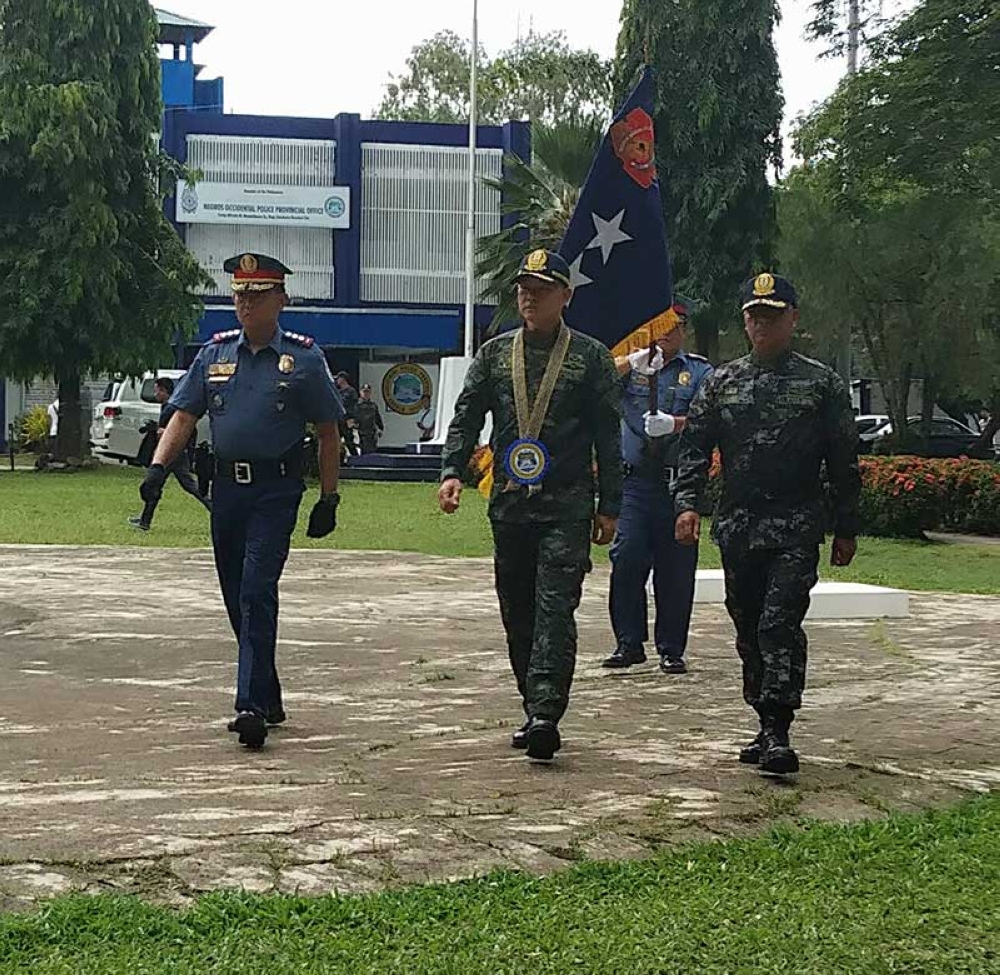 Albayalde, during his visit in Bacolod City on Sunday, May 20, said policemen should reach out to the community through outreach programs in order to also encourage rebels to surrender, to stop the fighting between the government and the reds.

“We are hoping that they will realize that there is no need to fight with each other,” he said.

Albayalde said that target hardening measures should be in place to deter rebel movements.

He said they are even planning to train again policemen with “Special Action Force” kind of training to be more capable.

The New People’s Army (NPA) in the province had admitted two recent burning incidents in Moises Padilla and Kabankalan City two weeks ago.

They also owned up the killing of Roland Gonzales, 36, of Sitio Balunggay in Barangay Guinpana-an, Moises Padilla town on May 11.

Military troops also engaged in a firefight with them in Kabankalan City two weeks ago that led to the deaths of two military personnel and injuries of seven others.

On May 19, two vendors believed to be alleged informants of government forces were found dead at Sitio Nabalbag, Barangay Macagahay, Moises Padilla town.

The two victims have yet to be identified as of press time.

Police records showed that the elder victim sustained a lone gunshot wound on his back while the younger victim succumbed to head injuries.

Their motorcycle was also recovered by authorities from the scene.

Senior Superintendent Rodolfo Castil Jr., provincial director of Negros Occidental Police Provincial Office (Noppo), said there has been no confirmation yet about the background of their identities but seems like some groups wanted to remove barricades to launch their tactical offensives.

“They only wanted to divert the attention of the authorities in the town but they would strike in different areas,” Castil said.

However, he assured that policemen are ready for any eventuality.

More policemen will also be deployed in Moises Padilla and other areas considered to be infested.