PH to lose if 'violent approach' used in disputed sea 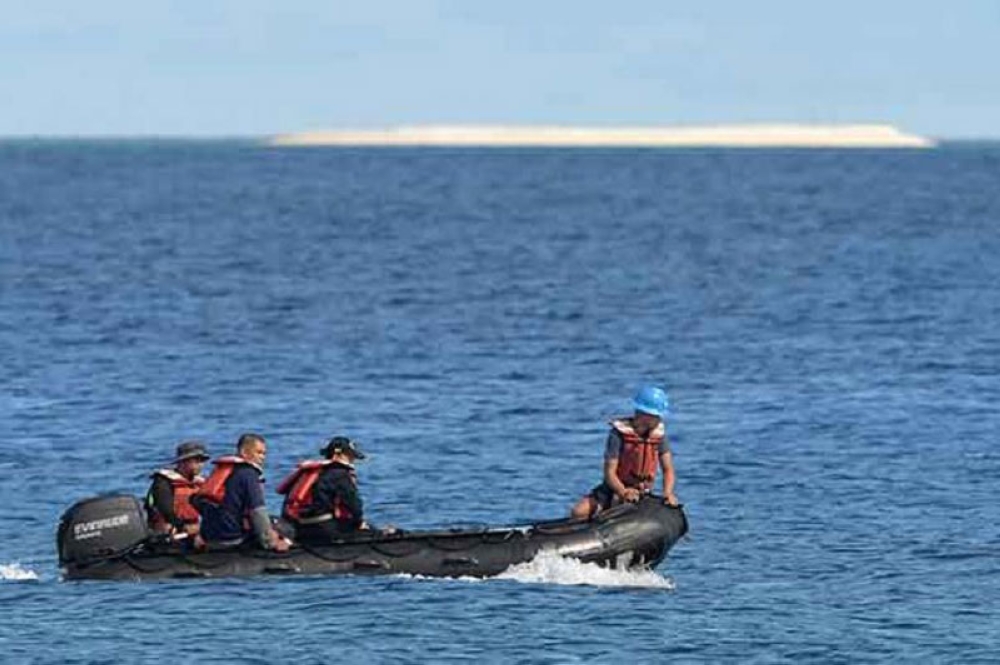 IF HE had a choice, President Rodrigo Duterte said he would pursue a "stronger" and "more violent" approach in dealing with the South China Sea (West Philippine Sea) dispute with China.

But he said this would result in the Philippines incurring "a great loss."

"I really want to do something to assert, but you know when I assumed the presidency, there was already a ruckus in the West Philippine Sea. In every common sense that's available to me -- I would have taken a stronger but probably a more violent way of doing it," Duterte said at the Philippine Navy's 120th anniversary Tuesday, May 22, in Pasay City.

"In my own estimation, it would be a great loss to the nation and probably end up losing a war. And all of these things, I would have wanted to make known to you whether you accept it or not, that is the reality on the ground. It's geopolitics. You well know what are at stake," he added.

Duterte's statement came amid the latest developments in the South China Sea that seemed to have allowed China to gain control over the resource-rich waters.

Duterte has refused to assert the Philippines' sovereign rights over the contested waters, based on the July 12, 2016 ruling of the Permanent Court of Arbitration in the Hague, Netherlands which invalidated China's claims.

Last week, China also announced that it landed its strategic bombers on Woody Island, its largest base in the Paracel Islands, to enable Beijing to improve its capability to "reach all territory, conduct strikes at any time and strike in all directions."

Despite this, Duterte admitted that the Philippines still lacks the power to wage a war on China.

"It has something to do with my desire to defend, but at the same time, not to make any move that would be destructive to the nation," he said.

"I cannot afford at this time to go to war. I cannot go into a battle which I cannot win and would only result in the destruction and probably a lot of losses for our armed forces," he added.

On May 15, Duterte revealed why he could not adopt a hard-line stance against China.

Duterte said he once tried to bring up the maritime dispute with Chinese President Xi Jinping, but the latter instead advised him to restore Philippines-China ties. Xi also pledged to not allow moves to oust Duterte. (SunStar Philippines)