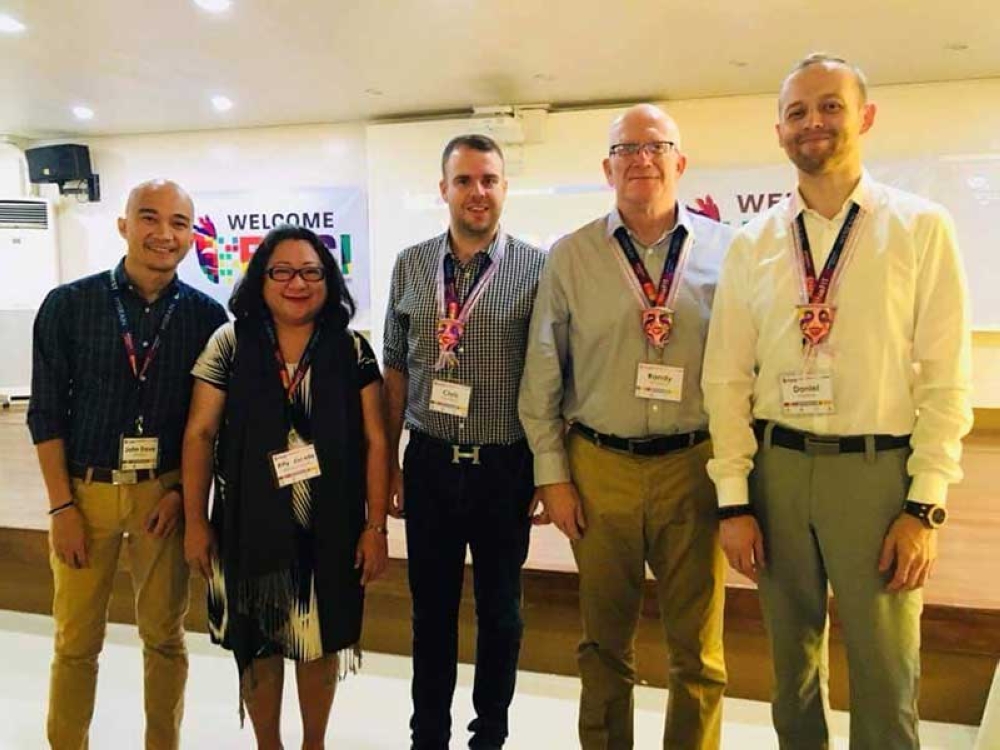 VARIOUS partners in the information and communications technology (ICT) industry are pushing for Bacolod City to be one of the pioneering cities in the country to use blockchain among its industries.

Also, the city is being positioned as among the first to integrate such technology in the academe and training to produce talents.

Ethereum World Business Development Director Chris Thompson, who spoke at the Bacolod Blockchain Initiative at Carlos Hilado Memorial State College in Talisay City yesterday, May 24, said the concept of blockchain can be described as the “chain” of blocks.

In his presentation, Thompson said blockchain technology is immutable, meaning the data once added into the block cannot be changed.

“The benefits of blockchain technology include transparency, reduction of transaction costs, faster transaction time and having user-controlled networks, among others,” he added.

The Bacolod Blockchain Initiative aims to implement a series of trainings and workshops to advocate blockchain technology in education and healthcare.

Aside from Singapore-based incubator and blockchain integrator company Ethereum World, the activity is initiated by Manila-based firm DynaQuest Technology Services and software development firm based in Bacolod HYBrain Development Corporation.

The initiative, which is a major interface between local industry practitioners and academe, also aims to introduce blockchain technology which has been in the mainstream media due to the popularity of one of its applications known as the cryptocurrency.

Jocelle Batapa-Sigue, executive director of the Bacolod Negros Occidental Federation for Information and Communications Technology (Bnefit), said the future of the digital revolution is blockchain.

Many applications required by many industries will run in blockchain in the coming years, Batapa-Sigue said.

“We are willing to be the catalyst of entry of knowledge in blockchain technology by facilitating trainers training and continuous meet-ups,” she said, adding that “we want to make Bacolod City as one of the top locations for blockchain-driven companies.”

Bnefit President John Dave Dueñas, also the founder of Hybrain Development Corporation, earlier said more than cryptocurrency, blockchain is a technology that introduces a new wave of the internet; secure sharing of data; and effective integration of data among processes.

“It is high time that we have to embrace the fact that blockchain is the future technology on software development. There is more to it than cryptocurrency,” Dueñas said.

“What we have to do is to prepare our academic institutions to prepare the manpower pool for it,” he added.