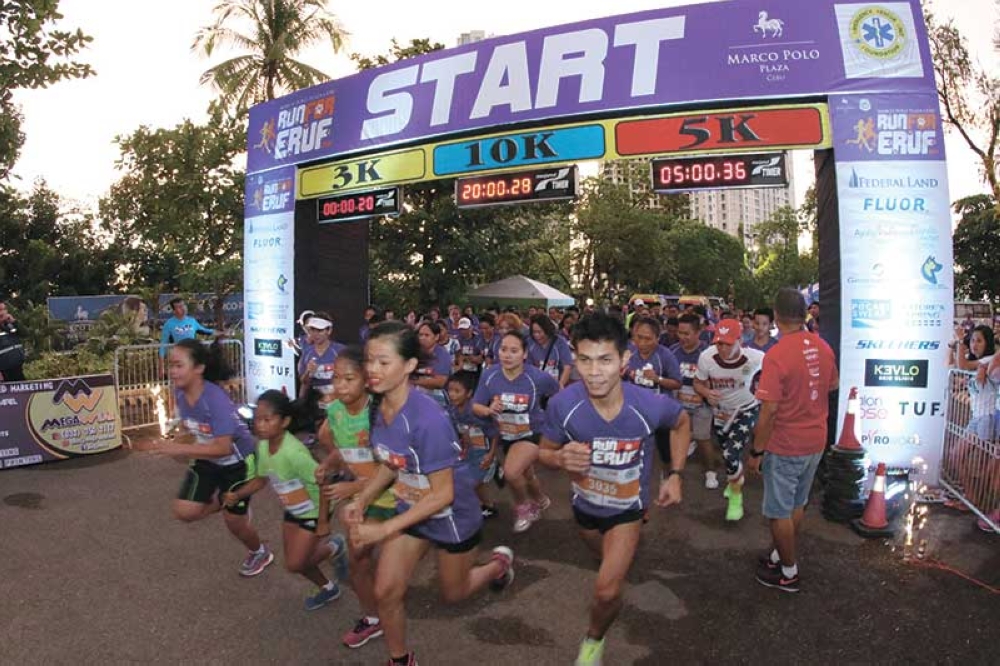 All the proceeds of the run were donated to Eruf-Cebu.

Runners gathered as early as 4 a.m. to participate in the Zumba warm up and were briefed on the route of the run by race director Joel Baring.

The 10K runners started the race at 5 a.m. Participants of the other categories followed shortly.

A cool down exercise was done after the race to ensure that the runners lessen any potential muscle pain. This was followed by a raffle of items and gift certificates provided by the sponsors.

The top three winners of the 10K and 5K received a cash prize and gift certificates each.

Eruf has always assisted the hotel in providing safety and security to Marco Polo Plaza’s guests and associates during hotel events. Marco Polo Plaza Cebu acknowledged their efforts for the community by hosting the charity run for Eruf.