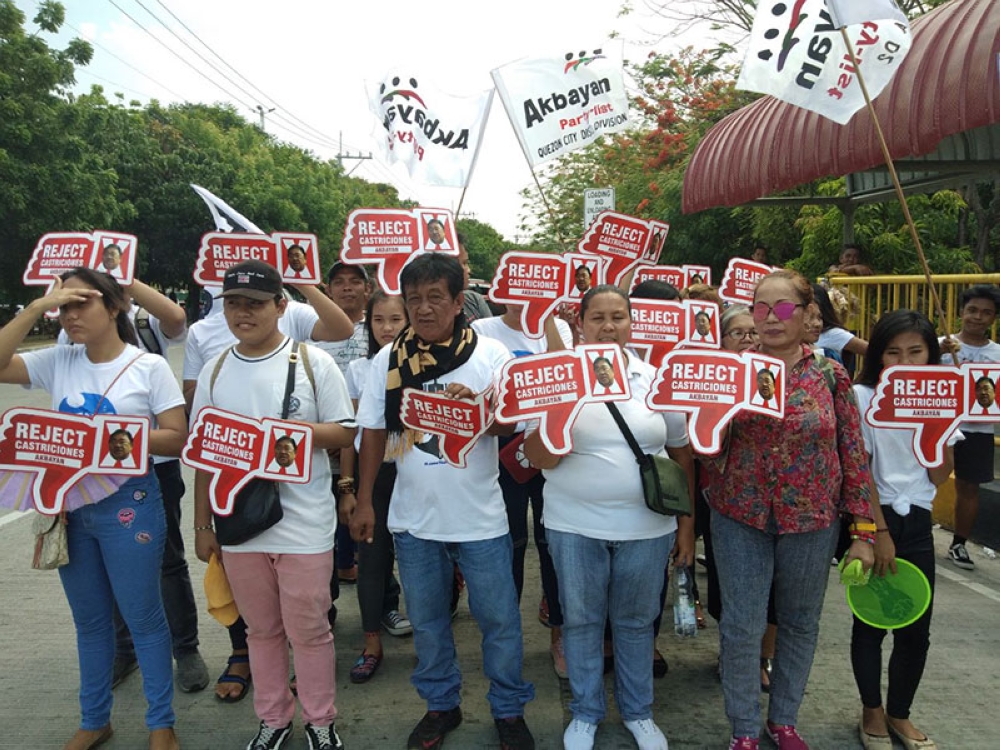 MANILA. Members of Akbayan troop to the Commission on Appointments on May 29, 2018 to call for the rejection of John Castriciones' appointment as DAR secretary. (Contributed photo)

FARMER leaders of Akbayan Party-List trooped to the Senate gates on Tuesday, May 29, to urge members of the Commission on Appointments (CA) to reject John Rualo Castriciones as secretary of the Department of Agrarian Reform (DAR).

Members of Akbayan brought giant thumbs-down signs to the Senate to show their disapproval over the decision of President Rodrigo Duterte to appoint Castriciones.

Akbayan demanded the CA to reject Castriciones for his anti-farmer stances, some of which, they said, came out during the hearings of the commission.

In previous speeches, Akbayan Representative Tom Villarin pointed out Castriciones' flaws, including continuing the cancellation of Certificate of Land Ownership Awards, his inaction in installing agrarian reform beneficiaries to their land, and his approval of land conversion, which the group said is a deadly scheme against farmers.

Castriciones was reappointed by Duterte after the former failed to secure the CA's nod before it went on recess last March 23.

He served as Department of Interior and Local Government's undersecretary for operations prior to his stint at DAR. He actively campaigned for Duterte's presidential bid in the May 9, 2016 elections. (SunStar Philippines/With PR)