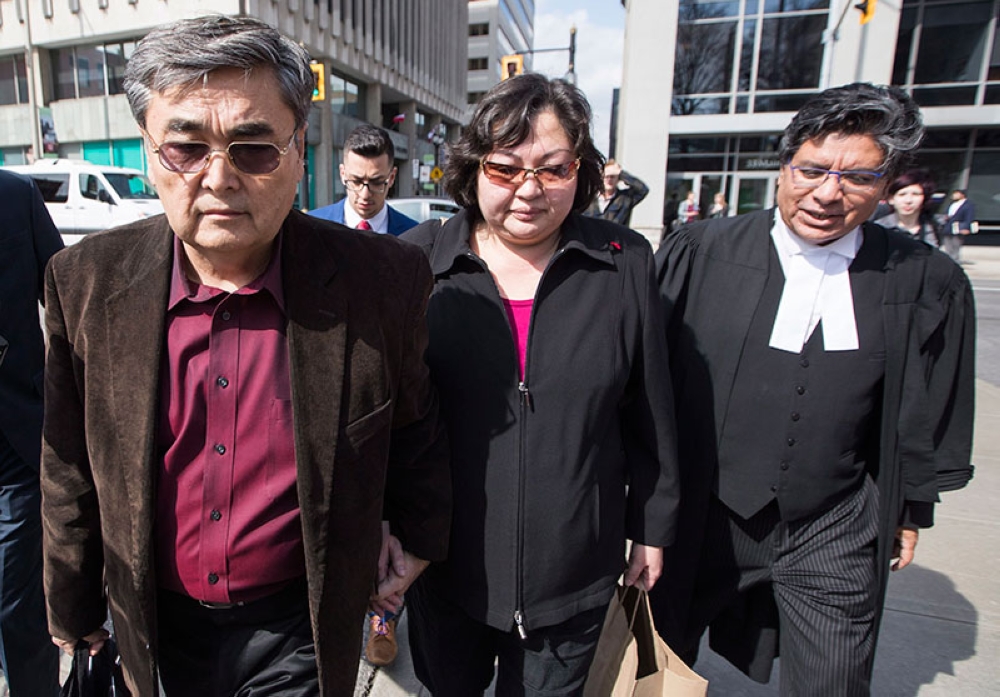 SAN FRANCISCO -- A young computer hacker who prosecutors said unwittingly worked with a Russian spy agency was sentenced to five years in prison Tuesday for using data stolen in a massive Yahoo data breach to gain access to private emails.

Baratov was named in a federal indictment last year that charged two Russian spies with orchestrating the 2014 Yahoo breach involving 500 million users. Baratov was charged with using that stolen data passed to him by Russia's Federal Security Service to hack dozens of email accounts of journalists, business leaders and others.

Prosecutors said Baratov, 23, was an "international hacker for hire" who did little or no research of his customers.

He pleaded guilty in November to nine felony hacking charges. He acknowledged that he began hacking as a teen seven years ago and charged customers $100 a hack to access web-based emails.

Baratov, who was born in Kazakhstan but lived in Toronto, Canada, where he was arrested last year, charged customers to obtain another person's webmail passwords by tricking them to enter their credentials into a fake password reset page.

Baratov and his attorneys also said his work with the Russia spy agency was unwitting.

In court documents Baratov claimed he could access webmail accounts maintained by Google and Russian providers such as Mail.Ru and Yandex. He would provide customers with a screenshot of the hacked account and promised he could change security questions so they could maintain control of the account.

The US Justice Department charged two Russian spies with orchestrating the 2014 security breach at Yahoo to steal data from 500 million users. Dmitry Aleksandrovich Dokuchaev and Igor Anatolyevich remain at large and prosecutors believe they are living in Russia, which doesn't have an extradition treaty with the United States.

Baratov is believed to have collected more than $1.1 million in fees, which he used to buy a house and expensive cars.

"Deterrence is particularly important in a case like this," the judge said during the hearing. He rejected prosecutors call for a prison sentence of nearly 10 years, noting Baratov's age and clean criminal record prior to his arrest.

Baratov, who has been in custody since his arrest, told the judge that his time behind bars has been "a very humbling and eye-opening experience."

He apologized and promised "to be a better man" and obey the law upon his release. The judge said it is likely Baratov will be deported once he is released from prison.

"Criminal hackers and the countries that sponsor them make a grave mistake when they target American companies and citizens," said Assistant Attorney General for National Security John Demers. "We will identify them wherever they are and bring them to justice." (AP)