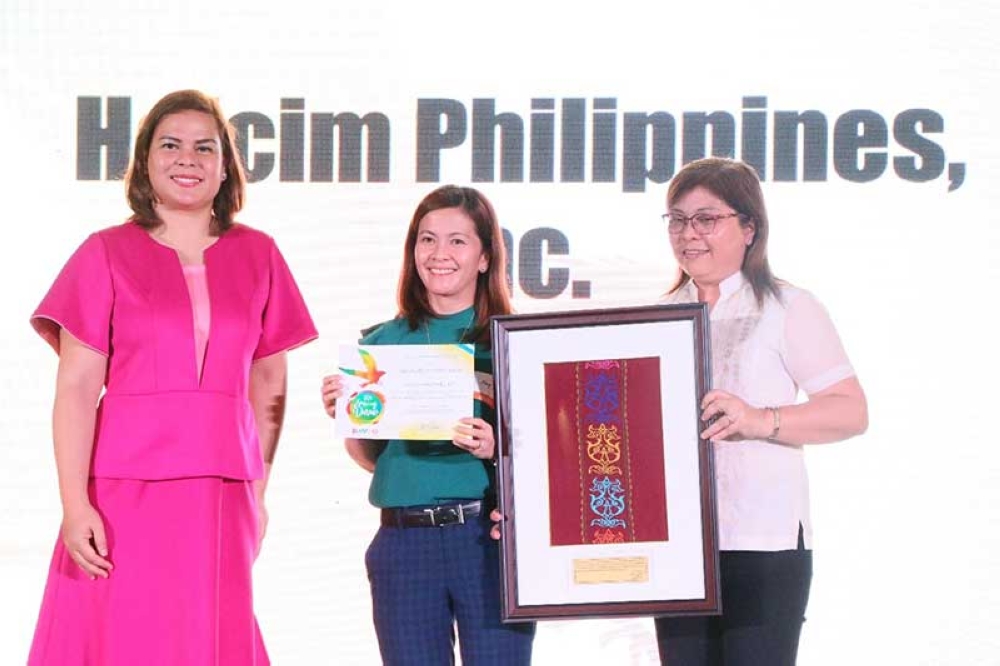 AMID ongoing projects to expand its manufacturing facility and strengthen its ability to support construction activity in Davao City, building solutions provider Holcim Philippines, Inc. was recognized anew by the local government for development contributions during the city’s 81st foundation anniversary in March.

Holcim Philippines’ Davao plant was cited as one of city’s top contributors of real property and business tax as well as for supporting the local government’s social services programs for urban beautification and environment conservation.

Regularly recognized by the local government for its contributions to the city, Holcim Philippines last year started a P1.5-billion project to raise its cement production capacity in Davao by more than half to 2.2 million metric tons to better support building activity in the region.

In February, the company also signed a supply agreement with the Davao Constructors Association Center, Inc., a leading group of builders in Mindanao, as the government ramp up infrastructure investments there.

The company is also set to roll out innovative building solutions in Davao and adjacent provinces to further support customers and partners in constructing new roads in the region. (PR)