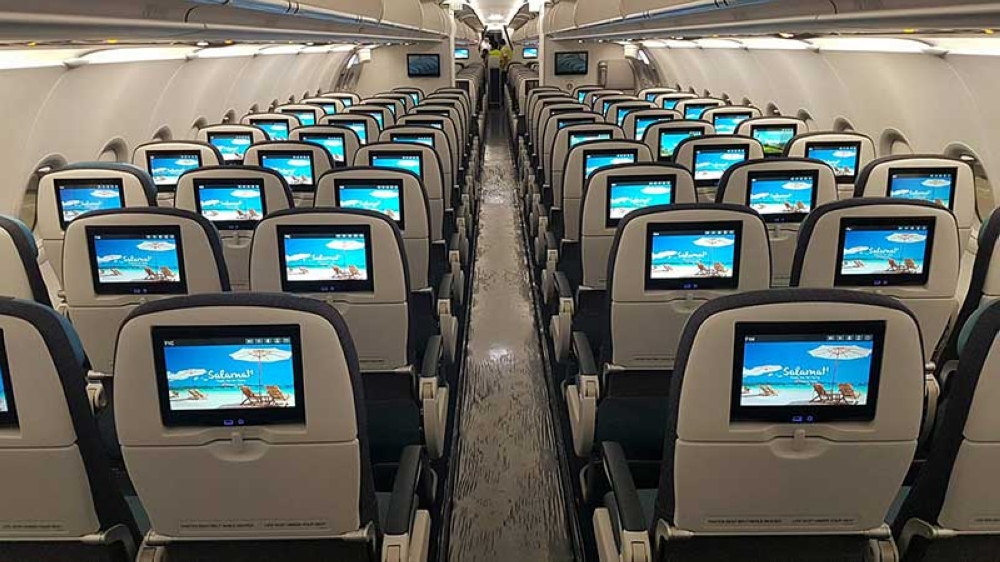 This is the first of the six A321neo that is expected to be delivered to the airline this year. PAL has a total order of 21 A321neo units.

PAL is the first Southeast Asian airline to offer a fully-flat seat on its business class cabin utilizing B/E Aerospace's Diamond Seats. The airline, on its website, also said all 168 seats, Business class and Economy, of the aircraft will have in-seat video monitors offering more than 300 hours of inflight entertainment.

On its official Instagram account (@flypal) the airline announced that the aircraft will be used for non-stop flights between Manila and Brisbane, Australia starting July 2, 2018.

Jaime J. Bautista, PAL president, said during a press briefing in Davao earlier this year that the aircraft is able to fly a maximum of eight hours allowing them to explore new routes.

"This plane gives us the right size and range performance to develop viable nonstop flights to Australian destinations such as Perth and Brisbane, as well as to Sapporo in Japan," he said, adding that they are set to open a new nonstop route to New Delhi and Bombay in India later this year with the aircraft.

In recent years, the airline has undergone a fleet modernization as it placed orders for A321neo, Airbus A350s, and Next-Generation (NG) Bombardier Q400 turboprop.

Bautista said with the new aircrafts, the airline will be able to expand its operations to new international and domestic destinations. With the A321neo, they are looking into flights within Asia and Australia while for the A350 flights to Europe and North America. The Q400NG will be used for inter-island connectivity in the country.

The airline has also embarked on refurbishing its Airbus A330s from a 414-seat high-density configuration to a premium quality airplane with just 309 seats, and all-new Business Class, Premium Economy and upgraded Economy cabins.

"The flag carrier continues to maintain a strong market share in its international routes despite intense competition with legacy carriers and a growing number of low-cost carriers in the Asia Pacific region. For 2017, net passenger revenues stood at $2.17 billion compared to $2.02 billion in 2016, while net cargo revenues reached $166.5 million," PAL said.