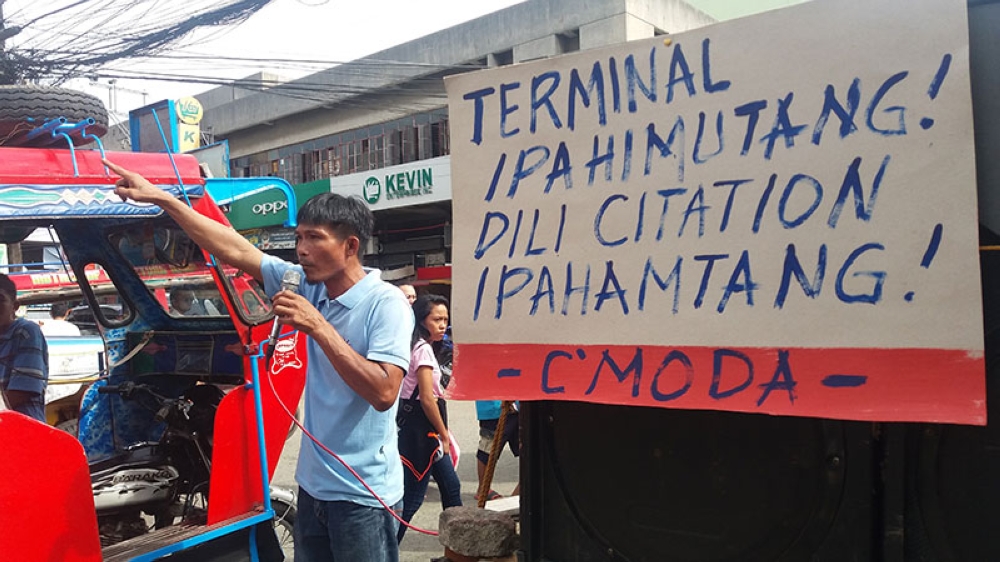 The Camaman-an Motorela Operator and Drivers Association (CMODA), with the support of Solidarity of Transport Alliance in Northern Mindanao-Pinagkaisang Samahan ng mga Tsuper at Operator Nationwide (Starex-Piston) last May 9, sent a letter to City Councilor Teodulfo Lao Jr., the chairman of the public utilities committee asking him to allow the motorelas to build an “alley terminal” beside an establishment in JR Borja-Roxas streets, Barangay 37.

Henry Rapirap, CMODA vice president, pointed out that the proposed motorela alley will be five meters from the electric post and has enough distance from the loading and unloading area so as not to cause traffic.

Rapirap said they are also asking the RTA and the police to assign personnel and police officers to prevent non-CMODA members from picking up passengers in their area.

Starex-Piston secretary-general Ringo Lago said the motorela group was dismayed that their request for ocular inspection from the RTA for their proposed alley area, turned into an indiscriminate issuance of citation tickets.

“Instead of an inspection, we were given citation. We asked for their help, but instead they turn us into criminals,” Lago said in a lengthy statement before over 20 motorela drivers.

Lago also questioned the delay of the P1 fare hike and demanded that it should be approved soon especially with the skyrocketing prices of basic commodities.

“It's already passed in the committee level, even in the city council level, so we are sure that it went through the right process. Now, what must be the cause of the delay? If this is the case, then we should propose to scrap the legislative body because it seems useless especially if the mayor intervenes,” he said.

“Instead of approving the resolution, the mayor threatened us that he will be forced to veto it if we urge him to rush it,” he added.

The protest, Lago said, is the result of the city government's supposed failure to address the issues and for supposedly giving the drivers false hopes.

But RTA officer-in-charge Engineer Nonito Oclarit clarified that the city cannot allow the motorela drivers to build an alley terminal beside the business establishment because it would obstruct the said business.

Oclarit said the establishment has also complained of the motorelas blocking their way.

“We placed the yellow box or the designated area where they are allowed to pick up passengers still near the establishment and now they are still complaining, we cannot understand what they want,” he said.

Oclarit said they are still open for a possible dialogue with the motorela group but pointed out that they should be clear with their request before complaining.

As to the proposed fare hike, Oclarit said its office will only implement the new fare matrix which he confirmed, is yet to be released.

Councilor Teodulfo Lao explained that the absence of a feedback from the mayor within 15 days from the passing of the resolution would mean that the measure is “good as approved.”

“If he did not veto and did not sign it either, it is good as approved. Maybe they are still finalizing the fare matrix,” he said.

Lao also clarified that he will standby with whatever the RTA's decision on the “alley terminal” issue especially if it concerns the traffic situation.

“Even if it angers the drivers, we will standby the RTA's decision because the traffic situation is our concern too,” he said.