Opportunity at a career crossroad 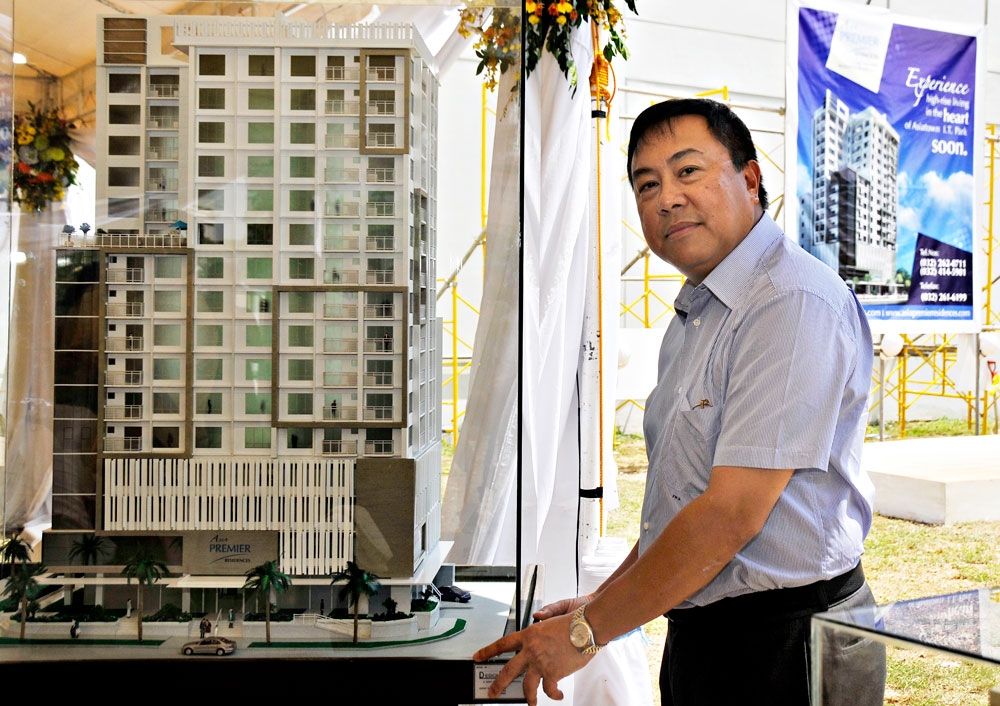 BEHIND the successful publicly-listed real estate firm Cebu Landmasters Inc. (CLI) is a man who always strives for excellence.

Driven by his passion to build thriving communities across the country, CLI’s chairman and chief executive officer Jose Soberano III has already built 46 projects in seven cities in Visayas and Mindanao.

Twenty projects will be added this year as CLI expands its footprint in the VisMin islands, a reflection of the company’s confidence in the economy and desire to provide Filipinos with their dream house.

CLI went public in 2017, a bold move that allowed them to expand aggressively, making the Cebuano company’s mastery of building communities evident in the different locations where they operate.

Soberano graduated with an AB Economics degree from the Ateneo de Manila University in 1976 and completed the Strategic Economics Program at the University of Asia and the Pacific.

Before CLI, he worked in one of the country’s biggest real estate firms--the Ayala Group. He was part of the pioneering team that shaped the success of Cebu’s business and lifestyle districts--Cebu Business Park and Cebu IT Park.

In July 2015, he became an alumnus of the Harvard University Graduate School of Design after completing the Advanced Management Development Program in Real Estate.

I started my corporate career as a lending officer of Ayala Investment and Development Corp. (AIDC) for 23 years.

I’ve worked under the Ayala Group of Companies until my last position, when retired at 43 years old as senior division manager of Ayala Land Inc. (ALI) and as vice president of Cebu Holdings Inc.

I actually retired from corporate work to venture into politics when I ran for Congress in my home district in 2001. When I lost in that political exercise, I had an opportunity to acquire a small fabrication company of some 35 workers as a labor sub-contractor to Tsuneishi Heavy Industries Inc., a Japanese-owned shipbuilding company based in Balamban, Cebu.

With my eyes set on taking another crack at Congress, I saw an opportunity to provide the housing needs for my workers and potentially, the more than 2,000 workers and staff involved with this shipbuilding company during that time.

When this real estate venture clicked, I was then faced with a career crossroad - choosing between fulfilling my political goals and focusing on my fledging real estate business.

I took the road less traveled by and have never looked back since. So, it was more of the circumstance and opportunity that led me into this business rather than an inspiration from a person.

The choice I took was a difficult one but I, along with my wife and family, feel to this day that we’ve made the right decision to focus on our real estate business.

In a way, to be in business is tantamount to public service and I feel that emotional high even more than just winning an election to see the satisfaction of people to own their dream houses and to share in their happiness in the realization of their dreams.

The opportunity came and I believe I made the most out of it. I also had to take stock on what I could do to make things happen and take shape in the right direction.

My work experience centered in investment banking and loan syndication (in AIDC and Bank of the Philippine Islands) and real estate development (ALI) principally honed my knowledge and skills in establishing my own real estate company.

I also did some feasibility studies on the side for some companies, which made me appreciate the intricacies of doing business.

I don’t take things as if you succeeded or failed. It’s always a decision-making process for me whether you should embark on an opportunity or not.

Obviously, I would never know if I will make it if I had not tried.

I’d rather stake my measure on step-by-step accomplishments being made from expectations being laid down to continue moving forward all the time. This means that there is no setback to be felt if one has set clear expectations that an endeavor can be made one step at a time and to also not to feel too cocky on certain attained targets as there are more challenges that lie ahead.