Mocha not sorry; Kris opts to be 'the better person' 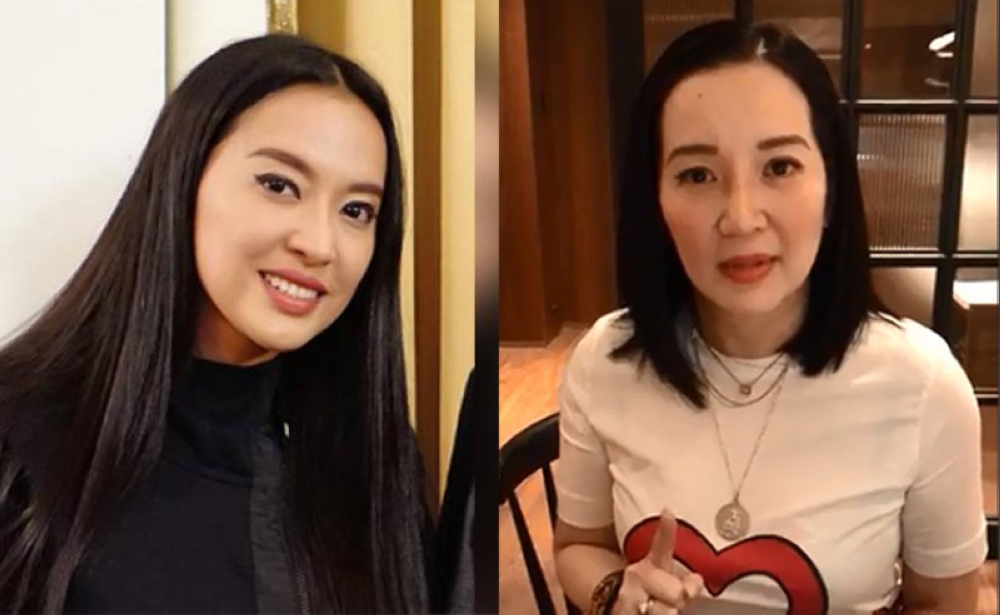 (UPDATED) - Communications Assistant Secretary Margaux "Mocha" Uson on Wednesday, June 6, refused to apologize to the Aquino family for posting a video of the late senator Benigno "Ninoy" Aquino Jr. being kissed by two women shortly before he was assassinated in 1983.

Uson posted the video on her Facebook page, Mocha Uson Blog, on Sunday, June 3, to counter widespread criticisms hurled at President Rodrigo Duterte for kissing a Filipino woman on the lips during a meeting with the Filipino community in Seoul, South Korea.

"With all due respect to everyone involved, I decline to apologize for the truth," Uson posted on her blog.

With all due respect to everyone involved, I decline to apologize for the truth.

She also went live to tell Kris Aquino, youngest daughter of the late senator and late President Corazon "Cory" Aquino, that the issue was not about her. Kris, a popular actress and multimedia personality, went live on social media Tuesday night to call out Uson and challenge her to a face-off.

My response to Ma’am Kris Aquino

My response to Ma’am Kris Aquino

Uson made the post several hours after Special Assistant to the President Christopher Lawrence "Bong" Go said that he and the President have apologized to the Aquino family.

Go also assured that Uson has expressed willingness to apologize to Aquino.

"We understand the emotions of both sides since both leaders, President Duterte and former senator Benigno Aquino, are well-respected and well-loved," Duterte's aide said.

"I told Mocha, understand Kris Aquino's emotions. She was hurt because she remembered the death of her parents. She was unable to hug her father before he died. She (Uson) will apologize, maybe (a public apology)," he added.

In another lengthy video tirade against Uson, Aquino said she was heeding her late mother's advice to "be the better person."

She told the latter: “Mocha, you win because you hurt me and I think that’s what you wanted to do. Nanalo ka dahil patuloy mong inapak-apakan ang pagkatao, ang alaala ng dalawang tao na pinakamamahal ko. (You win because you continue to demean the memories of the two people whom I love the most)."

“Mocha, you’re right. This was not about Kris Aquino. This was a reminder that Filipinos still love and respect Cory and Ninoy Aquino," she added.

In the same video, Aquino hinted that she might finally consider running for the Senate.

"Nag-iisip po talaga ako ngayon - sincere ito - paano ko ba magagamit 'yang boses na 'yan (I am really thinking about how I can use my voice)," she said, citing the over 5-million views of her live video on Facebook.

"I have contracts - contracts that prevent me from running, contracts that I have just signed. But maybe, you need a voice. I'll pray. I will pray about what is best for me to do," she said. (MVI and Ruth Abbey Gita/SunStar Philippines)
< Previous PageNext Page >